Although everyone sees Nokia as the company making huge bucks in developing countries from low end phones and some more profit from high end devices in the West, this direction might change. Executive Chris Weber is saying that the Finns could focus on entry level smartphones, that could be delivered in the States. 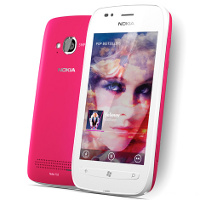 These models could be aimed at first time buyers, that maybe haven’t heard of Nokia till now. In case this is the real strategy in the USA, it would be a real contradiction with the focus on high end models with Windows Phone that Nokia promoted lately. Weber also said at Nokia World that Android is a bit too complicated for the first time smartphone user and the new buyer would need to download about 6 apps to reach the functionality of a Windows Phone unit.

The commitment to the US market was also mentioned by the same official, although over the past years sales haven’t been great. Windows Phone seems the likely way to conquer the American public, but if it takes entry level Asha devices to do that, so be it… We’ll have to wait and see. Verizon seems the most likely partners for the Finns, in the meantime.