We knew that Nokia was readying a couple of new Maemo devices for this Fall, but now it turns out that the Finns are also preparing a new series of devices, under the Cseries branding. That’s the brand name recently registered by Nokia with the Finnish Patent and Trademark Office. 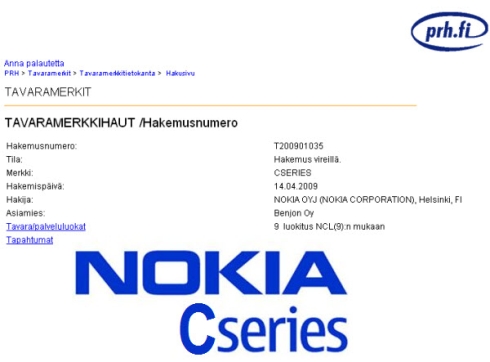 This application was filed on April 14th, 2009 and we’re looking forward to have at least one little glimpse of the Cseries devices. Nokia World 2009 would be the best time to announce the new series, in September and it seems that the company is not only prepping smartphones, but rather “mobile computers”.

Taking a wild guess here, but how about a Sony Ericsson approach, making the Cseries a cameraphone brand?