The Omio website has got the scoop on a couple of important UK handsets, that will debut in H2 2010. Apparently, the roadmap includes devices like HTC Vision, the mysterious HTC Ace, Sony Ericsson XPERIA X8 and Nokia E7. 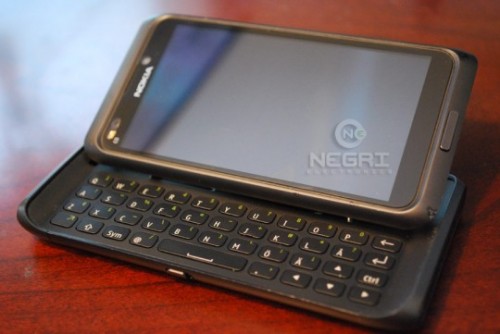 The XPERIA X8 will debut in October, together with HTC Ace and one month later we’ll be seeing HTC’s first WP7 phone together with the Nokia E7 model and Samsung i8700 Cetus. Nokia E7 is very much like the recently leaked Symbian^3 QWERTY phone, that has been called the N9 a bunch of times, although it has nothing to do with the first MeeGo model.

Omio claims that this Nokia unit will come with an aluminum body, just like the N8, plus a tilting AMOLED touch display. If you’re wondering about the Windows Phone 7 HTC device, this is the HTC Gold model, with no specifications for now. HTC Ace remains a mystery and Samsung i8700 Cetus is also a question mark, at this point.

We’ve yet to confirm these launch dates with official sources, but for now you can have a look at Omio’s blog for details on new devices, like the Samsung i550, Sony Ericsson W20, BlackBerry Curve 9300, Nokia X2, Sony Ericsson Hazel and Yeno and Nokia E5-00.