It seems that Finns have decided to use the Scandinavian mythology gods in order to fight the iPhone and RIM. A couple of days ago we informed you about the Nokia Eitri prototype and in case you’ve ever played Age of Mythology, this name might sound familiar to you. Eitri and Brokk were two dwarves who forged Thor’s hammer, the Mjolnir. 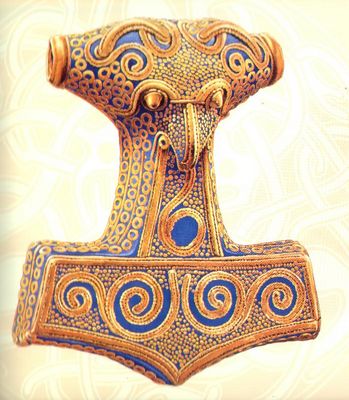 Should we expect another handset, the Nokia Brokk to accompany the launch of the Eitri? And with such godlike names, could these devices be in fact console/phones? If this proves to be true, Eitri/Brokk might crush the iPhone and PSP with Nokia’s “hammer”, this time in a successful initiative, unlike the first N-Gage devices.

Eitri and Brokk could also be two handsets united into a single gadget, one of them being the main unit (the phone) and the other being the gaming controls section plus NVIDIA chipset and a screen expansion. Myth or truth?