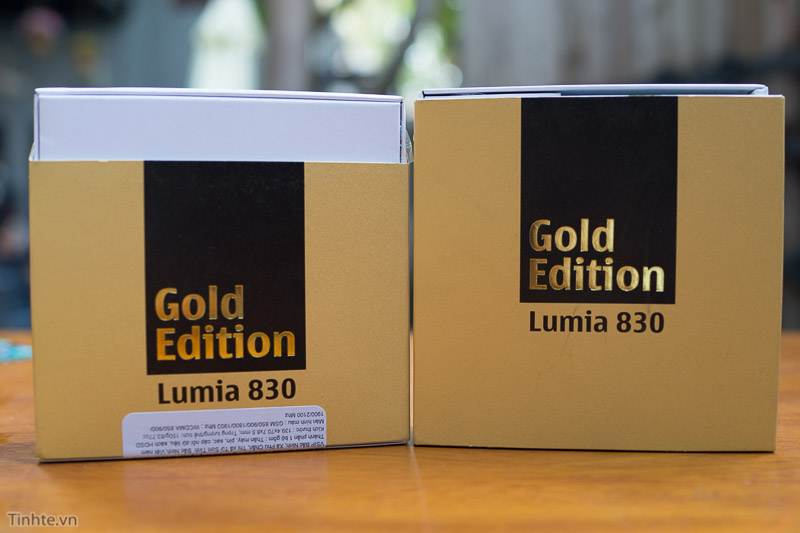 Last month Microsoft announced a revamped version of the Lumia 830 and Lumia 930 available in black gold and white gold. Specs remained the same, but designs were made more elegant and today we get to see a hands on gallery and unboxing of the Lumia 830 in both flavors. 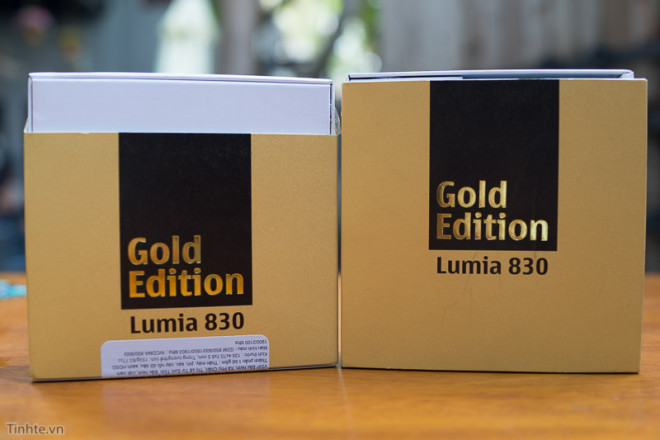 It got a black and white back with an anodized gold finish. Microsoft is a bit late to the gold colored phone party, but at least it caters to a growing segment of the public. The gold trim on the handset seems stylish and it even suits the blocky nature of the device. The Nokia logo is engraved in a gold hue and it’s probably the last time you see Microsoft launching a Nokia branded phone. 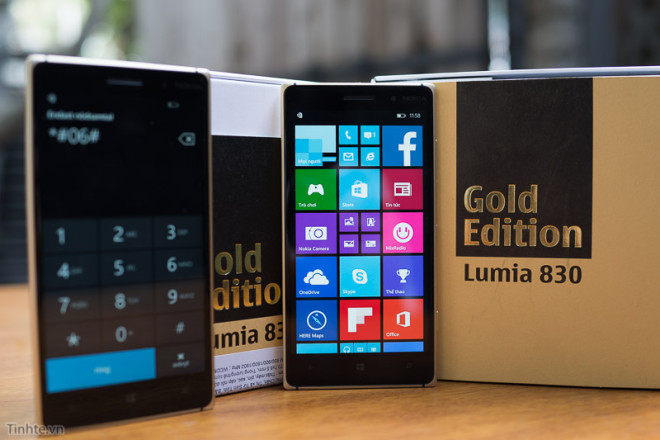 The products are only sold in Europe, Asia and Africa, not the US. The folks of Vietnamese website Tinhte.vn have published the shots of the Lumia 830, that keeps its 5 inch 720p screen and 10 megapixel camera. The box the device comes in is golden as well and the price paid in Vietnam for such a model is $376. The editors who got to play with the white version of the phone claim it’s glossy and feels a bit “lumpy”.

Apparently, these models are actually made in factories in Vietnam, so they’re fresh from the production line. There are no bundled headphones when buying the gold model, keep that in mind.