There’s a nifty little theory out there, saying that the Nokia Lumia 900 will get a secondary version, one with a 12 megapixel camera, that will come after the AT&T exclusivity. As you may already know AT&T will sell the device exclusively in the States and we’ve heard talk that this model could remain available only in America and never reach Europe or Asia. 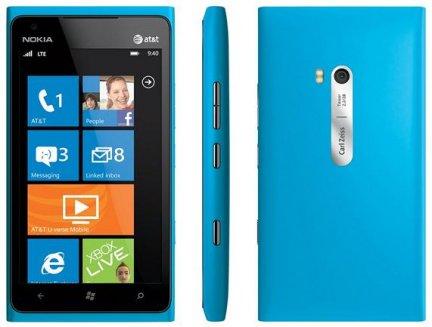 Now there’s another rumor, saying that the Lumia 900 will come to AT&T on March 18th, then it will be sold by this carrier exclusively for 45 days. After that period of time expires, other carriers will take over and launch the 12 megapixel cam version of the handset. Of course, this sounds like a strange rumor and early adopters will feel deprived of all the nifty functions of the fresh camera. I have a feeling that this camera will actually be better than the one on the HTC Titan II, in spite of the megapixel difference.

There’s got to be some other extras if there’s a second generation of Lumia 900 units… maybe some LTE, maybe extra internal memory, or maybe a bundled accessory. Also, I expect the price to be a bit higher. In the end, remember that this is a mere rumor and can’t be taken seriously yet.