Nokia Lumia 710 has just hit our testing table and we’re giving you the unboxing video of the handset right now. Announced at Nokia World 2011 last year, this model is the lower end of the Lumia trio, that also includes the Lumia 800 and Lumia 900. The handset comes in a big blue box and the accessories are detailed below. 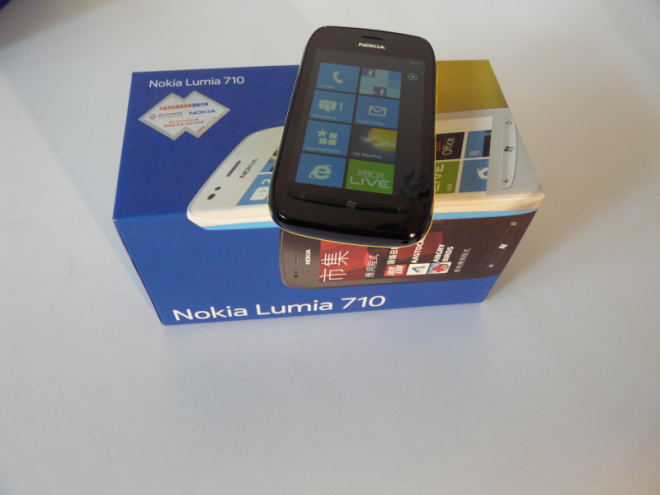 Lumia 710 comes with a bunch of manuals, a microUSB cable, a headphone set and the usual charger, plus adapter. Nokia Lumia 710 is a 3.7 inch smartphone with a 5 megapixel camera and a 1.4GHz single core processor. Our version of the device comes with a yellow back shell, that can be switched with similar shells, but ones with other colours. That shell is easy to remove and reveals the slim battery and the microSIM card slot.

This device offers a mere 8GB of internal memory and no microSD card slot at all, or a secondary camera, in case you’re wondering. This is a Windows Phone Mango unit, one intended for teens and people who want to socialize, listen to music on Zune and enjoy the WP experience.