Nokia Lumia 920 is one of the most talked about smartphones out there, both because of a small scandal that appeared when it launched and had a tricked out promo campaign and thanks to some impressive sales. The device goes for $99.99 on AT&T contract and about $700 free of commitment… And we’re testing it these days, so we have a few impressions to share. 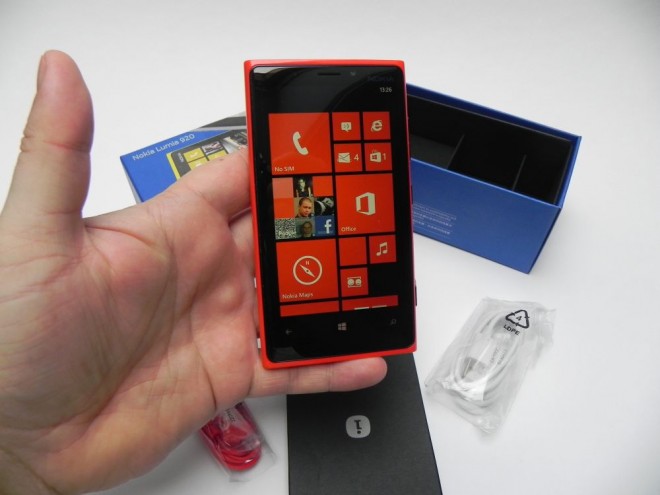 First of all, the device comes in the usual blue box, that includes the handset wrapped in plastic, a small metal key used to access the microSIM card slot and a bunch of manuals. We have the red version of the phone for testing purposes and I have to say this is quite a thick smartphone and a heavy one at 10.7 mm in thickness and 185 grams in weight. It’s actually 70 grams heavier than the iPhone 5 and around the same weight of a Galaxy Note II, that’s not at all a compliment for a 4.5 inch handset. 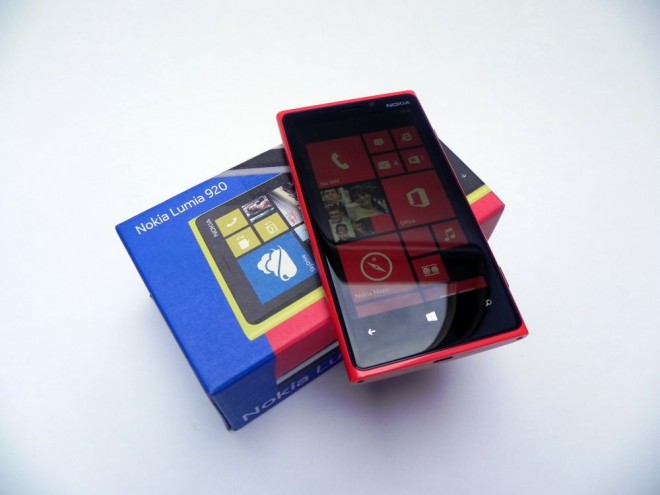 Nokia Lumia 920 features an IPS LCD display with a diagonal of 4.5 inches and resolution of 1280 x 768 pixels. This is a PureMotion HD+ ClearBlack Display and other specs include Dolby headphone enhancement, 32 GB of storage, 1 GB of RAM and a dual core Qualcomm Snadpragon CPU at 1.5 GHz. The device has no microSD card slot and the battery is non removable. Back to what’s in the case, we also get a charger, a USB cable and a pair of red earbuds to fit the color of the phone. We’ll be back with more details in a couple of days.