A recent tweet with an interesting picture claim that this is a part of a Nokia Lumia Windows Phone 8 device with quad core CPU and HD screen. Of course, it could be a mockup/concept and the specs imagined, but the image is very believable and with the FCC logo present, it makes the matter even more realistic. 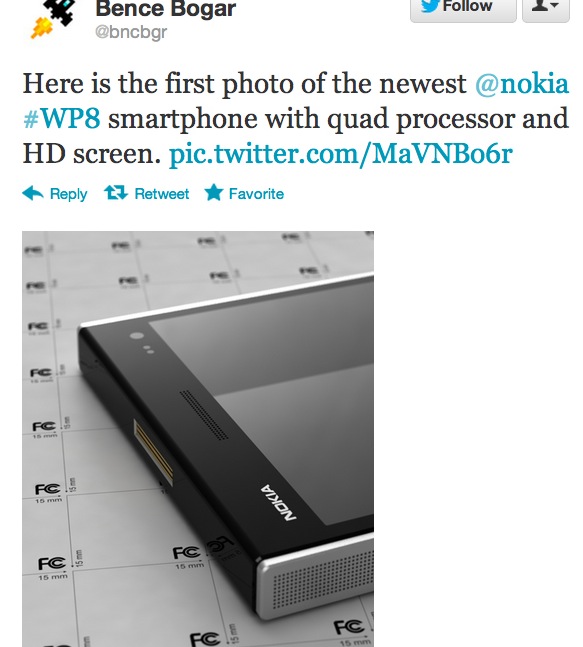 As you probably know, on September 5th Nokia and Microsoft are expected to announce new Lumia devices and maybe even a tablet during Nokia World. This model doesn’t fit any of the leaks and expectations, as the picture reveals a blocky, bulky and Bang & Olufsen-like handset. What’s really interesting is the upper port/grille, that I can’t really figure out and the side grille/dotted area, that’s also pretty mysterious. Is this another one of those cool music phones from Nokia?

Well, there are two things that come to mind regarding the upper area: projector or proprietary port, maybe a new type of HDMI. This design is very much unlike what Nokia showed off recently and the curves are completely gone, being replaced by straight lines. Is this a real or fake, what do you think? 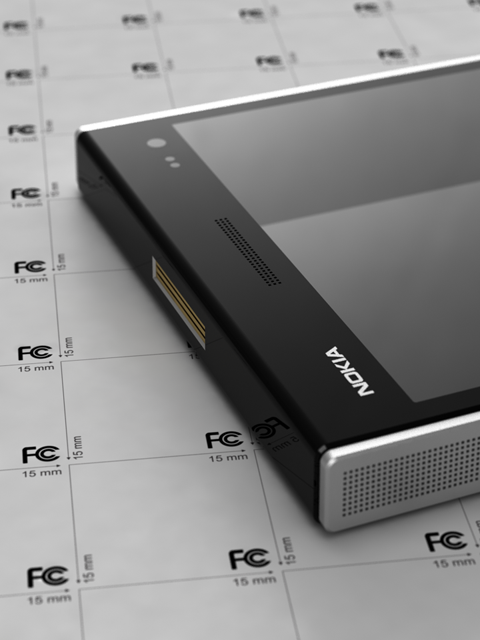