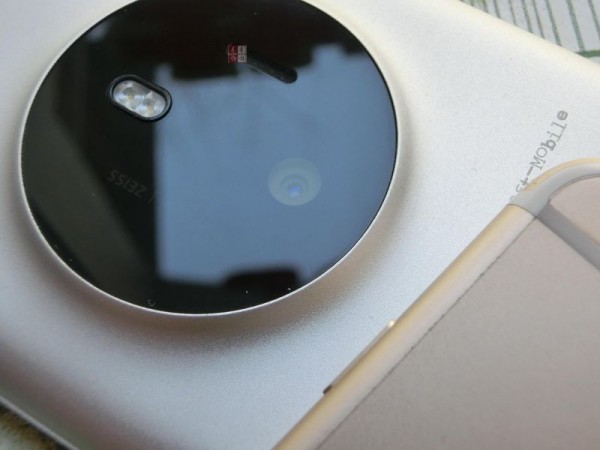 A week or two ago, the Nokia Lumia 1030 was all over the news, as it was posted on a Chinese website in detailed hands on shots. Now the device is back, once again with the codename McLaren and this time in new pictures, that compare it to an iPhone. 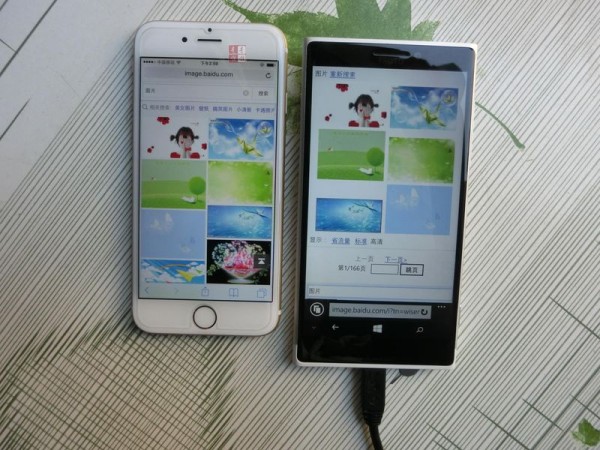 Such leaks make us believe the Lumia 1030 project may not be totally canned and there could be hope for a launch next year. The photos were posted to Baidu and show the same Lumia prototype as before. The first leak said this was a cancelled project, but the new one claims it’s an upcoming Microsoft smartphone. This model appears to be fully functional and it’s said to have a 1080p display, 2 GB of RAM and 32 GB of storage.

The camera is integrated as a big hump at the back and this model also brings a quad core Snapdragon chipset. The Pureview model comes with Carl Zeiss tech, a dual LED flash and no trace of a Xenon one. 4G support is also here, as well as a microSD and micro SIM card slot. I have to say that this model is not hugely different from the iPhone 6 in size, so it may not be bigger than 5.2 inches or so.