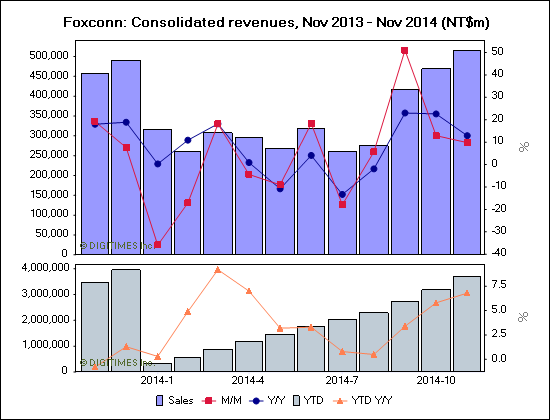 Today, the Chinese company Foxconn published its financial results for November, numbers that are revealing revenues with 9.76% higher compared to the ones recorded in October. As we may know, Foxconn is the main solution chosed by Apple when it comes to the iPhone and iPad assembly.

We get to know that the revenues recorded in November were about $16.5 billion, these numbers representing a annual raise of 12.85% compared to the same period of last year. Foxconn also said that all the departments showed increased revenues in November.

As the Chinese press unveils, these revenues were higher as the company received more orders once with the launch of the iPhone 6 and iPhone 6 Plus. Also, Foxconn has big plans for next year, being rumored the development of a special factory that will supply display panels for Apple.