3D displays are all the rage now, specially since Sony is praising them at IFA and Nokia’s showcasing an Internet Tablet with such a display at Nokia World 2009. Pictured below, the Nokia N810 Internet tablet might just take video playback to a new level. 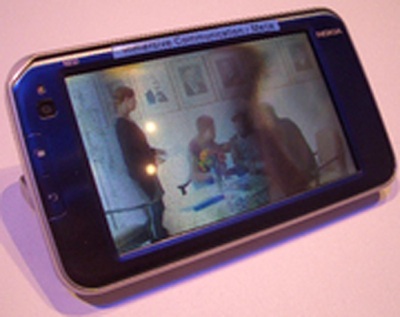 No 3D glasses are needed to view tridimensional content on the screen of this device, so this is true 3D we’re dealing with. Too bad that the picture above is blurry and in case you’re wondering, the screen is a special unit made by a “secret third party manufacturer”.

Will this manufacturer also fit the iPhone with such displays? A projector as well, maybe?