Hours after the Nokia N9 MeeGo phone was introduced at Nokia Connection 2011, the model was also demoed in Romania in prototype form. Sister-site Mobilissimo.ro was there to catch it on “tape” and the result was the hands-on video at the end of this article. 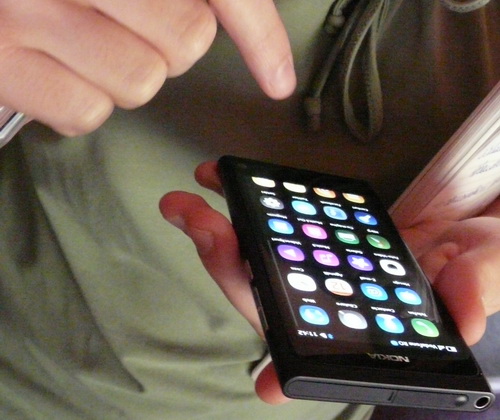 It’s interesting to see a country such as Romania getting a special event for Nokia’s N9, since I’m pretty sure that Spain and the USA didn’t get one. Is it because this East European nation has a Nokia plant within its boundaries? Or maybe because of the Nokia products domination on the local market?

Anyhow, the device looks hot, thanks to that polycarbonate shell, lack of buttons and the gesture-based control of MeeGo, that frankly resembles the one on BlackBerry PlayBook more than a lot. If you’re wondering why there’s no camera time for the back of the Nokia N9, know that this is a prototype and the back side is not finished yet, so we might even see the 8 megapixel camera switched with a 12 megapixel one.