Over the past week I’ve hard the opportunity of reviewing the Nokia N9 handset, the first and most likely last MeeGo handset made by Nokia. The device is simply spectacular, as far as design goes and the operating system is also pretty good. Sadly, its development in the future isn’t yet sure, but the OS might transform into something else, according to rumors. 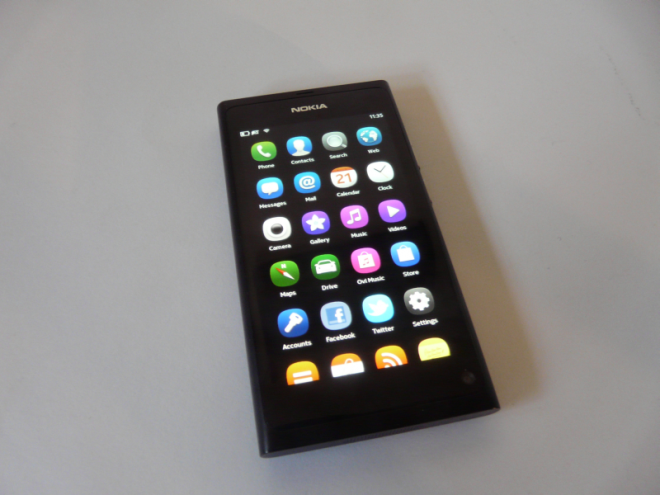 The N9 follows the idea of a concept proposed by the Nokia fans through a poll that took place last year. Nokia prepared a set of questions with answers to be circled, that the fans filled out on the company’s website. Following these guidelines Nokia created a beautiful concept phone and then the N9, so this is the answer to all of the fans’ queries.

This MeeGo phone comes with a nifty polycarbonate case, that measures 12.1mm in thickness and the device weighs 135 grams. It’s got an AMOLED capacitive touchscreen with Clear Black technology involved. Thanks to this, you won’t see where the front side of the phone begins and where the real display is, since they’re so well mixed together. The 3.9 inch screen supports a 480 x 854 pixel resolution and Gorilla Glass protection is also on the mix, as well as anti-glare technology. 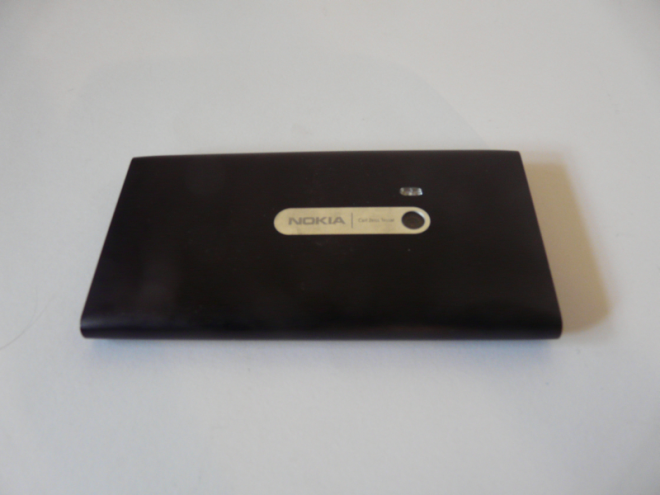 Although the phone’s spec sheet mentions Dolby Mobile support, the headphones and speaker on board of the handset didn’t impress me and the volume was quite low. Nokia N9 comes in versions with 16/64GB of storage, with 1GB of RAM and no microSD card slot. The entire device is smooth and there are no extra ports or bulks on it. On top you can find the microSIM slot and the microUSB port, hidden by two cleverly integrated covers, that seal up perfectly for a smoother edge of the phone.

As far as connectivity goes, you get HSDPA for 14.4 Mbps downloads, WiFi 802.11 a/b/g/n, Bluetooth 2.1 and microUSB 2.0. The camera at the back is an 8 megapixel unit, with Carl Zeiss Tessar technology autofocus, dual LED flash, geotagging, face detection and touch focus. There’s also 720p video capture at 30 fps and continuous autofocus while filming. A secondary camera is integrated in an original way, at the bottom right side of the phone, since Nokia considers that the ideal place capturing someone’s face. 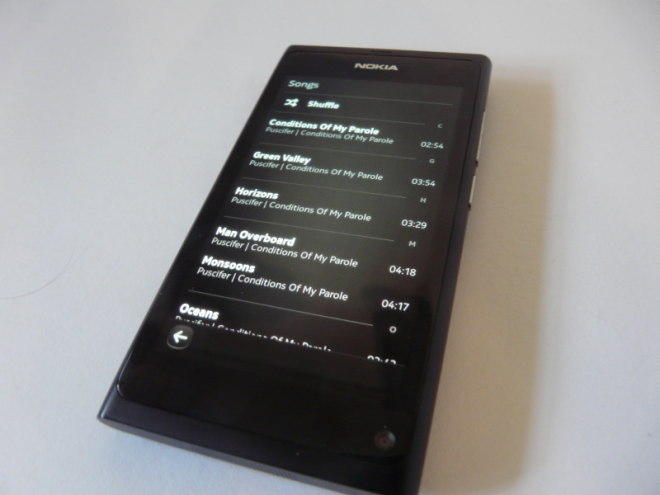 The camera is the strong point on this device, since it handles video capture and picture taking perfectly. The options are very varied and there’s even a night mode to play with when filming. As far as the OS goes, we have here MeeGO OS 1.2 HArmattan, that runs on top of a 1GHz TI OMAP 3630 chipset, of the Cortex A8 kind. The OS handles multitasking perfectly, even with 30 apps open at the same time. Lag will be present at some point as well as some random closes from apps such as Facebook, but an update with 3000+ features and corrected bugs is expected soon.

The idea behind this OS is simple: you have 3 main windows, one for apps, one for communication and one for multitasking. You side swipe between them and swipe upwards to close an app and move it in the multitasking window. Swiping gestures can be defined from the options. There’s also a notification and status area at the top of the screen, that’s triggered by clicking the battery level area.

Nokia N9 comes with a bunch of useful apps, such as NFS Shift, Angry Birds Magic (that uses NFC connectivity), AP Mobile, Accuweather, YouTube, Facebook, Twitter, Nokia Maps and more. From the handset you can access the Nokia Store for download purposes and the apps compatible with MeeGo will be automatically displayed, so no problem here. Finally, the Li-Ion 1450 mAh battery should provide a day or two of fun with the smartphone, if you don’t work it too much,

The verdict here is that as far as design and experience goes, this is easily the phone of the year… However, considering the dying OS and the 500+ euro price tag, people will think twice before purchasing this hottie.