Remember the image below, of the Nokia N9, leaked a while ago? Apparently, the device is not what we belived it to be and it looks nothing like this. Also, we’ve learned some important details about its specifications, due to a conversation between @camb078 and @addiermedina. 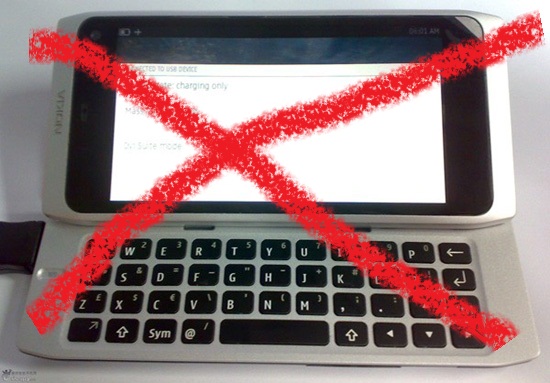 Supposed specifications of the first MeeGo smartphone include the following:

For now we have no info on resolution or the real battery, since there could be a typo involved and the BL-4D is known as the 1200mAh unit. The performance of the device is truly incredible at 190 polygons/second, according to the same tweets. So, what designs do you have in mind for this monster of a smartphone?