Nokia N900 can already be pre-ordered in the US, but there’s no official release date available for the handset. Turns out that The Nokia Blog found out that an important US distributor will receive the device on September 27 and start selling it a couple of days later. 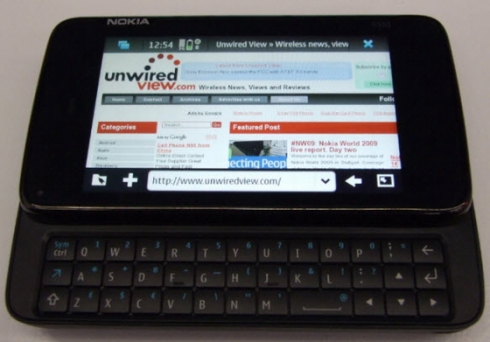 N900 is Nokia’s first Maemo-based handset with phone features and the highlights of its specs list are the 3.5 inch touchscreen display, with a 800 x 480 pixels resolution, stereo speakers, a 5 megapixel camera with video recording and Carl Zeiss optics plus 32GB of internal memory. There’s also a QWERTY keyboard incorporated, plus GPS, FM radio and WiFi support.