Nokia has just announced the N900 Internet tablet, also known as Rover, the first Maemo-5 based device. Don’t get too excited over this announcement, ’cause Nokia World 2009 is coming and we’ll even see a handset with this version of Maemo on board, as we’ve pointed out here. 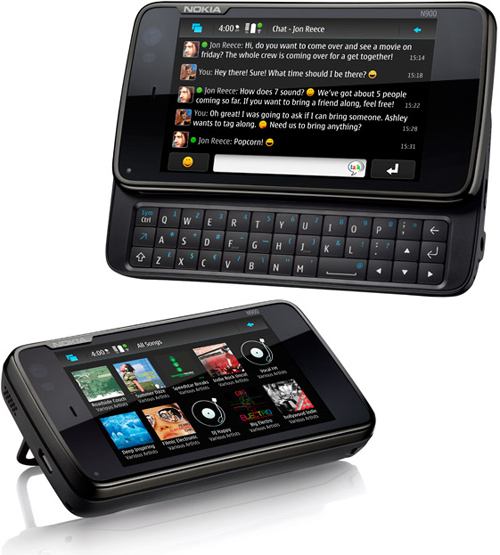 N900 will the market in October, with a retail price of EUR 500 and probably it’ll be part of the T-Mobile portofolio in the US. Expect the Maemo 5 device to be showcased during Nokia World 2009 and we remind you that it packs a 3.5 inch WVGA resistive touchscreen display, a sliding QWERTY keyboard, an ARM cortex A8 CPU and 32GB of internal memory.

There’s also a 5 megapixel Carl Zeiss camera with dual LED flash on board, plus a microSDHC card slot (16GB cards max), GPS, a 1320 mAh battery and support for quadband GSM/GPRS/EDGE, WCDMA 900/1700/2100 connectivity, plus WiFi and Bluetooth. Marketing videos are available below: