Somehow we managed to miss Nokia N900 “Rover”, an Internet tablet that showed up during an Nseries presentation which took place in October 2008. Thanks to the eagle eye of Axel Meyer, we get to see the device now and you can check out the video at the end of the article for extra details. 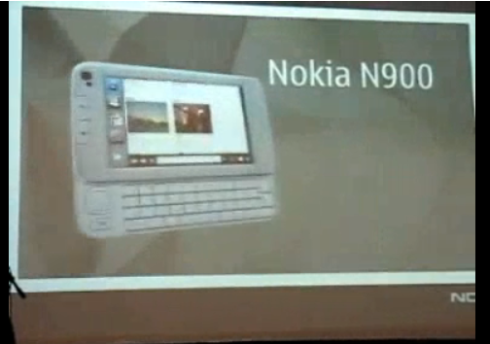 If you skip to minute 3 of the video, you’ll see the N900, Nokia’s next-gem Maemo 3 tablet, with a big directional pad on the left and probably supporting 3G radio. It’s pretty clear that this is Nokia N810’s successor, considering the resemblance between the two devices.

Rumour has it that we’ll see T-Mobile USA launching “Rover” pretty soon and we’re curious to see the pricing of Nokia N900.