It seems that the Nokia N950 handset is real after all, so after introducing the N9 model in Singapore, Nokia also confirmed the existence of this model. We’re dealing with a MeeGo unit as well, that’s basically an N9 with modified screen and extra hardware keyboard. 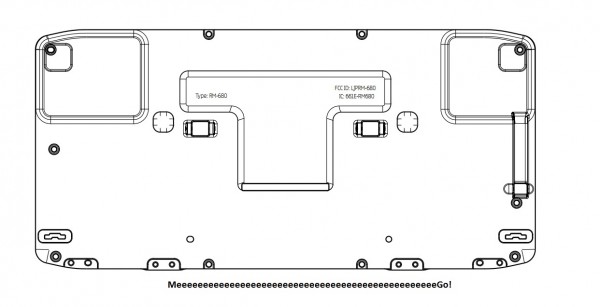 Nokia N950 is not a commercial device, so it comes without warranty and it’s destined for the developers for testing purposes. The smartphone comes with an ARM Cortex-A8 1GHz CPU, 1GB RAM and a 4 inch TFT 854 x 480 pixel display, in comparison to the N9’s 3.9 inch AMOLED screen. There’s an 8 megapixel camera at the back like on the N9, although rumors are saying that a 12MP camera might still make the cut.

A physical sliding QWERTY keyboard is also present and the case is the same polycarbonate as the N9. You also get Bluetooth 2.1 on this model, no NFC and a 1320 mAh battery, that’s inferior to the 1450 mAh unit on the N9. Looking forward to hear some developer impressions on this model! We’ll be back with more info from Nokia Connection 2011!