Nokia was one of the last big companies to get into the touchscreen portable device segment, without having yet released a major iPhone rival. Apparently, they’re taking the evolution to the next level, by preparing a 4 inch touch smartphone, possibly running Maemo or MeeGo. 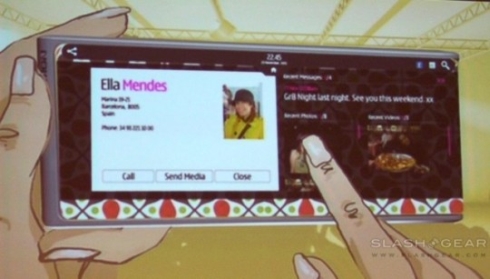 The info comes from Chinese paper Commercial Times, claiming that Compal (a Nokia partner) is building a Maemo-based handset for the Finns. Apparently, we’ll see the device on the market in the second half of 2011 and there’s a pretty big chance that it’ll run MeeGo instead of Maemo.

Rumours also mention that the smartphone will feature a Qualcomm 7000-series chipset, most likely a Snapdragon unit, but not the new dual core 1.5 GHz one. However, the 7000-series offers support for OpenGL ES 2.0 graphics, which is pretty cool as well. This technology was also confirmed by game developer Fishlabs, working on a title for Nokia right now.