Nokia and AT&T have just announced the Nokia Surge handset, formerly known as Mako, a device destined to reach the pockets of teens. This confirms the predicted launch of the S60-based Nokia Surge 6790 handset in mid-July. 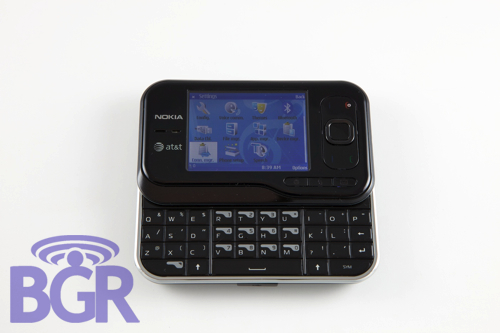 In case you didn’t catch the specs of the handset last time we wrote about it, know that Surge packs a 2 megapixel camera, with 4x digital zoom, AT&T Navigator (with audible turn by turn directions, a traffic monitor and incident alert), plus AT&T Mobile Music. The latter allows customers to listen and download their favorite songs via Napster Mobile, eMusic Mobile and XM Radio.

AT&T Video Share is also on board, allowing the users to share live videos while being in a voice call. Last, Surge supports JuiceCaster, a feature that helps users share their videos and pics via Facebook, Twitter, Flickr and YouTube. Expect Nokia Surge to hit local AT&T stores and the online ones starting July 19th for $79.99, after rebates with a 2 year contract.