The Apple iPhone has made multitouch popular, but this technology was also aided by Microsoft Surface and a bunch of other less famous products. It would be a pity for Nokia to miss out on the opportunity of implementing this technology on its handsets. Just look at the patent app below, revealing that the Finns are looking at 3D multitouch in the future. 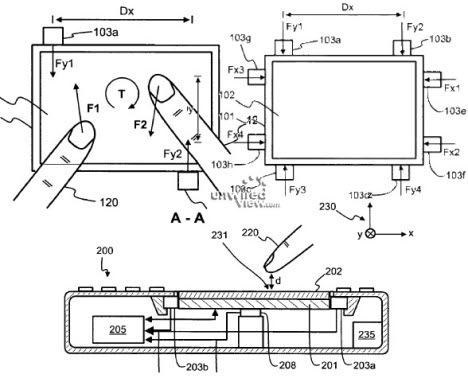 This system is not only finger-compatible, but it’ll also allow the screen to react to the amount of pressure applied by the users’ fingers. Add a capacitive touchscreen display in the mix and a couple of force sensors and you’ll get a screen that knows the direction of the force of your finger on the touchscreen.