CeBIT 2010 starts today and it’ll last till March 6th, enough time for major handset makers to showcase their products. Some say this is the European version of CES, not that it’s a good thing to brag about. Anyhow, Nokia is supposed to be announcing a couple of handsets today, among which there will probably be some C Series models. 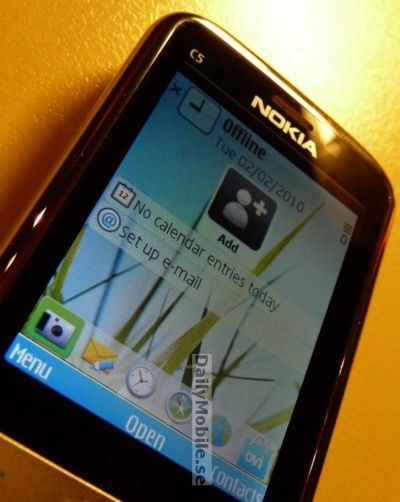 The recently leaked Nokia C5 should also be on the list, as well as some mystery QWERTY model that doesn’t yet have a name, but we know that its design language is similar to the one of C5. The C Series is Nokia’s attempt at making smartphones that are cheaper than the E and N series devices.

What we’re really interesting in is that rumoured cameraphone we’ve been hearing about for a while, the supposed Nokia 12 megapixel handset… Could it go live today?