We knew something was missing from MWC 2010, in Barcelona this week and yes, it might have been Nokia. Although they announced the MeeGo platform together with Intel, they did it in a separate exhibition and have shown zero new handsets during MWC. This is quite a disappointment, coming from the biggest handset maker, but at least we’ve got this Nokia X10 leak, shown below. 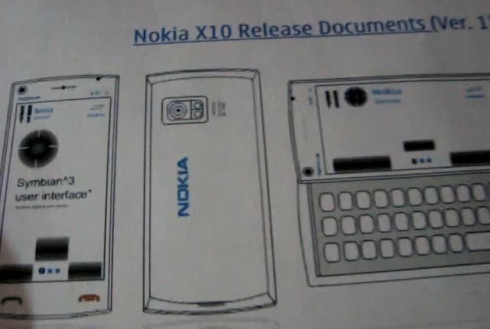 Also, no big news related to Symbian, aside from it going open source. It’s really sad to see the “biggest smartphone OS in the world” getting a 10 square meter booth in the back corner of Hall 1 during MWC 2010 and not a single new device to run the platform. What’s happening to Nokia?

Back to the leak, we learn that Nokia X10 is a Symbian^3 device, that packs a sliding QWERTY keyboard, multiple homescreens with auto rotation, a 600 MHz ARM Cortex A8 processor, a 3.2 inch AMOLED capacitive touch display, 32 or 16GB of internal memory and 256MB RAM. HSDPA, WiFi and A-GPS are also on the specs list, together with a 5 megapixel camera with LED flash.

Here’s a video detailing the leaked device. Could it be a fake?