Nokia X3 is a name we’ve heard before, defining a midrange slider based on S40. Now, another version of the handset, the X3-02 has been leaked in China and can be seen in the following image. This is a candybar CDMA X3 with lower end specs compared to the original model. 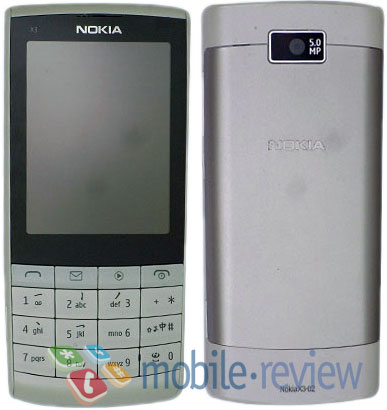 It’s very likely that this phone will never leave China and we’re not so sure about whether or not it runs Symbian. As far as the Nokia X3-02 specs are concerned, the features include a 2.4 inch 240 x 320 pixel touchscreen with handwritting support, HSDPA 3.6 Mb/s, WiFi 802.11 b/g, Bluetooth 2.0 and a 5 megapixel camera with video recording, but no flash.

16MB of internal memory are also available, together with a microSD card slot, a 3.5mm audio jack and a slim case (9.6mm in thickness). Expect the device to debut in Q3, with no price yet mentioned.