Nokia’s 16GB version of the X6 handset hasn’t been announced yet, but we just found out that it’ll be available in more color versions than the X6 32GB, that’s already on the market. Mobile-review’s Eldar Murtazin claims that the new phone version will come in 3 colours: pink on white, all black and blue on white. 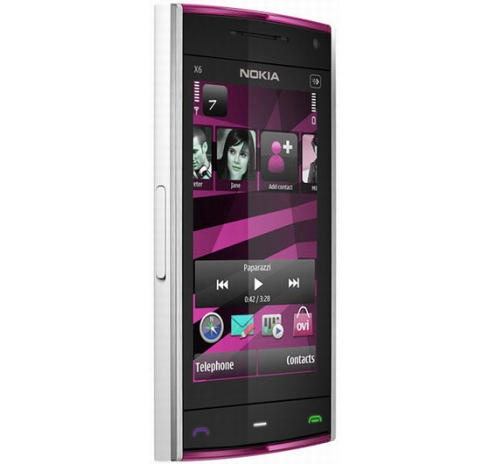 Also, the X6 16GB is expected to cost around EUR 350, 100 EUR less than the 32GB version. If you’re looking for missing pieces, the newer handset won’t include Nokia Comes With Music, but it’ll keep the specs of its predecessor, like the 360 x 640 pixels capacitive touchscreen display and 5 megapixel Carl Zeiss camera.

WiFi, GPS, TV out and free navigation will also be available and we expect the phone to be launched in the next months, maybe even on Valentine’s day, considering the pink hue.