Nokia X7 is one of the amazing upcoming phones and it has the chance to become one of the music-centric handsets to write history for Nokia. Just imagine that this device is 135% louder than the X6, that was already a loud phone and also that it incorporates 4 speakers! Cool, right? 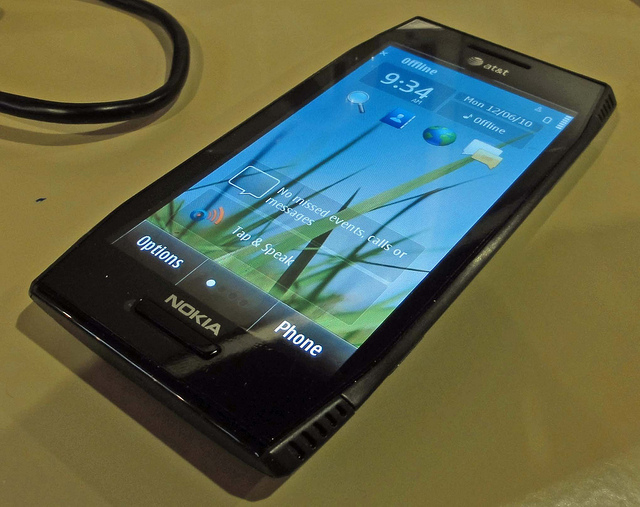 We remind you that this unit has been already leaked twice, once as it was playing NFS Shift and the next time, in the hands of the famous Mobile Review editor in chief Eldar Murtazin. MWC 2011 might include the showcasing of this music phone, but we really can’t bet on that, especially considering that even the E7 got delayed.

While some sources are saying that the X7 incorporates only dual speakers, the 4 grills on the sides might indicate that actually it comes with 4 loud speakers, that will ignite any party. There’s also a tweet saying that the speakers are made of Neodymium, a very light metal, used for making magnets and car speakers/sub-woofers.

With all this appeal on its side, the X7 looks like a promising device, one that supports HD audio quality and sound that’s louder than ever. We’ll possibly learn more at MWC next month…