Among the many cool 4G LTE devices coming to Verizon’s portofolio, there’s the Samsung 4G unit shown in action below. Announced on Thursday, this device was spotted in some hands on action, as shown after the break, with a very impressive Super AMOLED Plus display. 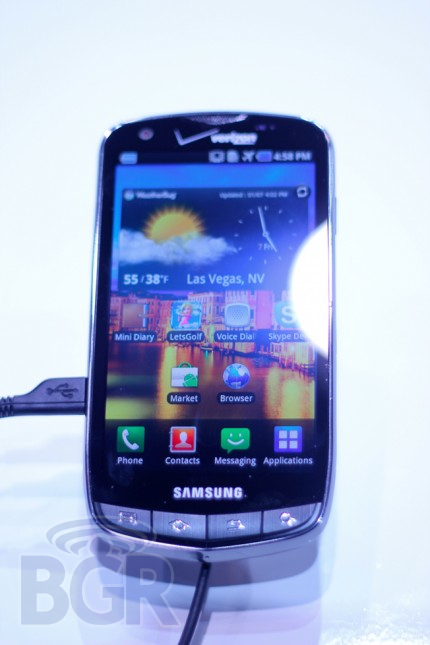 The yet unnamed phone packs a 4.3 inch screen, a 1GHz CPU, an 8MP camera at the back and a 1.3MP videocall one upfront. This smartphone runs Android 2.2 Froyo and we have to say that it’s a pretty speedy gadget, so imagine it with Android 2.3 Gingerbread on board! HDMI support is also shown, while the gaming capabilities of the Samsung unit are mentioned in the video below: