Last we heard, the first Windows Mobile 6.5 devices were scheduled for release in Q4 2009, around November. Now it turns out that we’ll see the first WM 6.5 smartphone on the market in July and we’re talking about a Chinese handset branded Dopod. 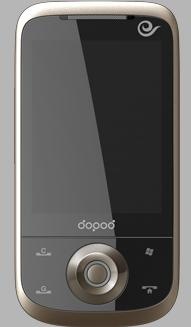 Dopod is a subsidiary of HTC and the new device will be known as Tachi, or Twin from the HTC leaked roadmap we’ve seen a while back. Dopod Tachi will support CDMA and GSM connectivity and it’ll pack a 2.8 inch VGA screen, WiFi, Bluetooth 2.0 and a 3.1 megapixel camera with autofocus.

There’s also a front facing camera on board, a microSD slot, but more will be revealed in the coming months.