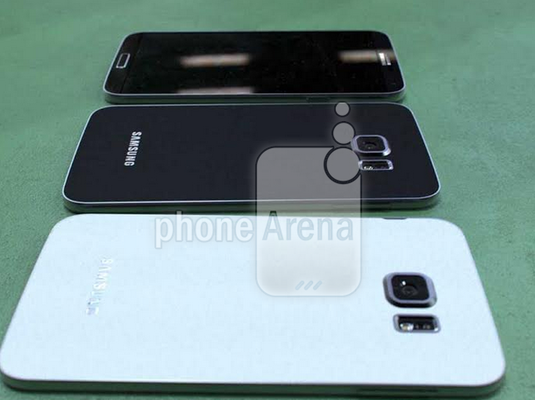 After we had the chance to take a look on a case developed for Samsung Galaxy S6, accessory that revealed the fact that the new Samsung flagship will have the heart rate monitor and the LED flash placed in the right side of the camera, today we get to see a picture with an older Samsung Galaxy S6 prototype.

As you can notice, the design used by the South-Korean company on this prototype resembles with the one revealed by the previous image with the rugged case. Also, it seems that the phone comes with a metallic frame and a polycarbonate back cover that can be removed, just as the Galaxy Alpha phone.

Taking in consideration the fact that this prototype is an older one, the phone design could be now a lot different in the actual stage of development. As we found out, once with Galaxy S6, Samsung may introduce another model called Galaxy S Edge, name that recently showed up in Vodafone Netherlands website.