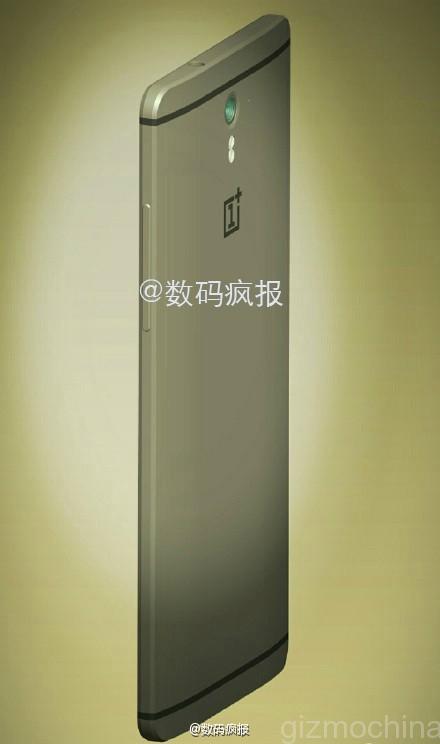 OnePlus 2 has leaked again, following a series of teasers and specs that appeared on the web recently. This time it pops up through a post on Weibo, showcasing its design, in very much iPhone-like fashion.

The handset pictured here is slightly curved, for a more ergonomical fit in the hand and it appears that OnePlus is ready to give up the plastic body in favour of a full metal one. The render shows the camera with two LED flashes below it and two black antenna cutouts at the back. Strangely, there’s no fingerprint scanner here, but maybe it’s integrated via a special Home button upfront, or maybe embedded within the screen panel, just like Apple is said to be doing with future iPhones.

This doesn’t exactly line up with what we’ve seen and heard so far, but OnePlus may be preparing two versions of the phone and at least one may look like this. In the meantime, we get a new teaser from the Chinese firm, one shown below. It mentions the date July 28th and the time of the OnePlus 2 unveiling: 10 am local time. I can’t say I’m very impressed by this iPhone lookalike, maybe only by its thickness. 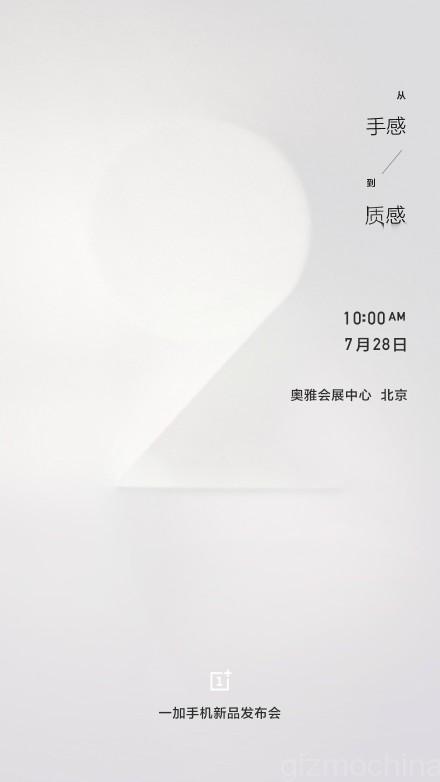