Home Android OnePlus 5 Appears in AnTuTu With Snapdragon 835 and 6 GB of... 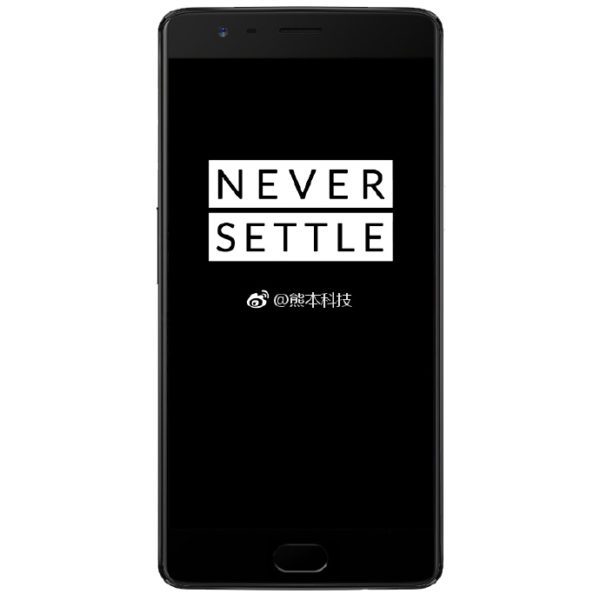 This week starts off great for OnePlus fans, as the OnePlus 5 has just been spotted in new renders and also leaked in the AnTuTu benchmark. The device’s specs get detailed once again and the design is just as we left it.

This time OnePlus 5 appears with 6 GB of RAM on board and the codename A5000 clearly confirms the model we’re dealing with. Previously, various retailers already listed the handset with 8 GB of RAM for some reason. Also mentioned in AnTuTu are a Full HD 5.5 inch display, a Snapdragon 835 CPU and Android 7.1.1, plus 64 GB of storage. We’ve got a 16 megapixel front camera here, plus a 16 MP back camera. 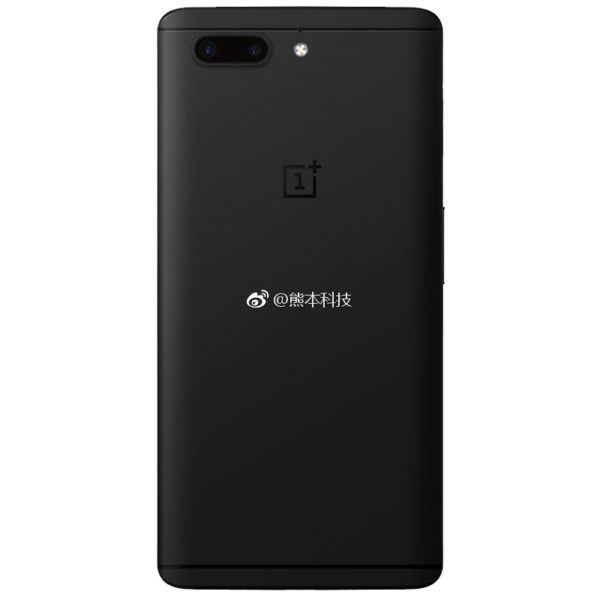 Interestingly, there’s no hint about a dual camera setup, but most rumors and renders seem to show it. What’s bizarre about the new renders is the camera integration. This time the sensors are integrated horizontally, not vertically and the antenna lines similar to the Samsung Galaxy C Pro models are gone. The placement of the camera flash dead center seems to be off, in my view.

I think that the previously leaked pictures were a bit closer to reality. 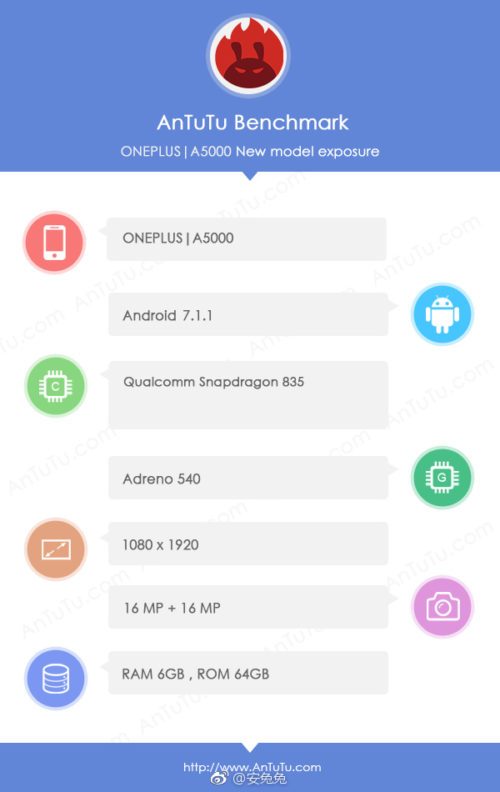