OnePlus 8 and OnePlus 8 Pro were unveiled on April 14th and now it’s high time we got one for testing purposes. Lo and behold we have the swag Never Settle box, which is sadly not one of those pop up boxes, which should include the new Bullets Wireless Z headphones. The OnePlus 8 is basically the Lite OnePlus 8 Pro, sans IP68, wireless charging, with a triple camera and also a lesser camera at that. At least it gets the Snapdragon 865 CPU and plenty of RAM. More details below in the unboxing.

The device is priced starting at $699 and we have a voucher for you here, with a $10 discount. We actually have the 12 GB RAM version of the phone, which has a $799 price tag. Now the box that we have is gigantic and it includes a book of basically artwork related to the product. There’s specs, pictures, sketches, diagrams and more, all vividly colored. Then there’s a pair of cases, a cyan one and nylon black one. Finally, we also have the red and rectangular box of the phone. 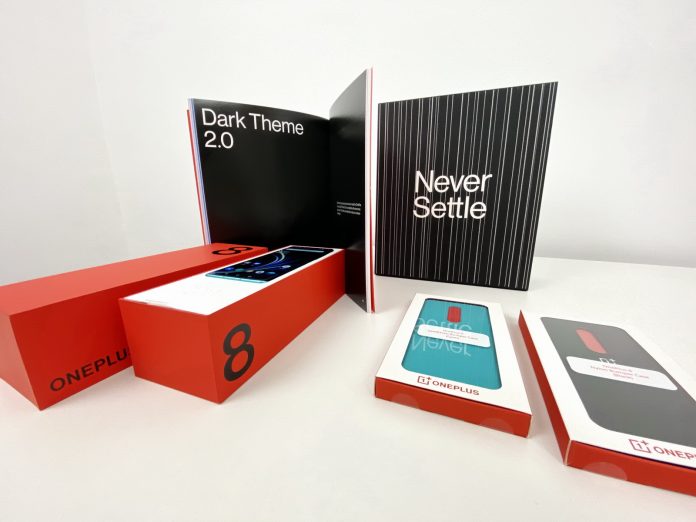 Its length makes it feel like the box of a pricey watch. Be advised, just like the iPhone, you have to pull the plastic tab from the bottom to open the plastic. Inside the red box we find a bunch of stickers, SAR value leaflet, manual, a metal key for the SIM slot, a transparent case for the phone and an USB-C to USB-A cable. The charger is the new 30W Warp Charge 30T, which is double or triple the size of my OnePlus 6T charger. The handset has a pre applied screen protection and feels incredibly light, even coming from a Galaxy S20. 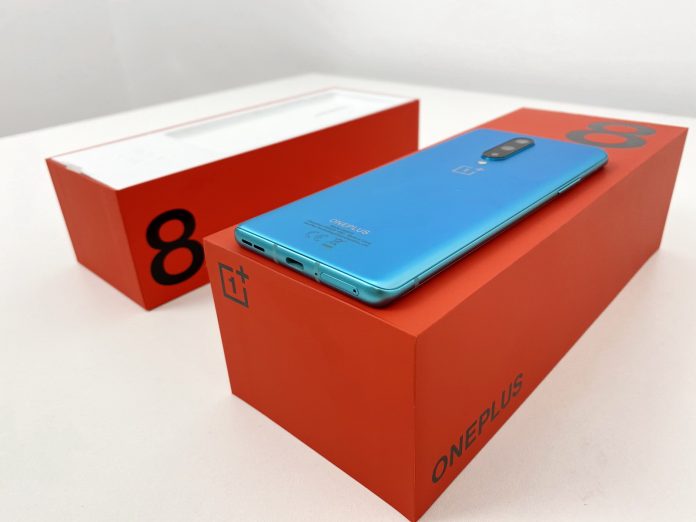 It’s made of glass and metal, curved at the back and front, with a waistline of 8 mm. It weighs 180 grams, but feels lighter. We have the green version of the device, with a frosted/matte back. Upfront there’s 3D Corning Gorilla Glass and a 6.55 inch AMOLED screen with a punch hole selfie camera, as well as a fingerprint scanner integrated in it. The display provides a 2400 x 1080 pixel resolution, plus a 90 Hz refresh rate and 20:9 aspect ratio.

By the way, forgot to mention, there’s no IP68 certification here, which is reserved for the OnePlus 8 Pro model. An interesting twist for the screen above is that it comes with 90 Hz enabled by default, not 60 Hz like most phones out there. Inside the OnePlus 8 we find a Snapdragon 865 CPU, together with 8 or 12 GB of RAM and 128 GB or 256 GB of UFS 3.0 storage. No trace of microSD. Also, the RAM is LPDDR4X, not LPDDR5 which is 45% faster from the OnePlus 8 Pro. 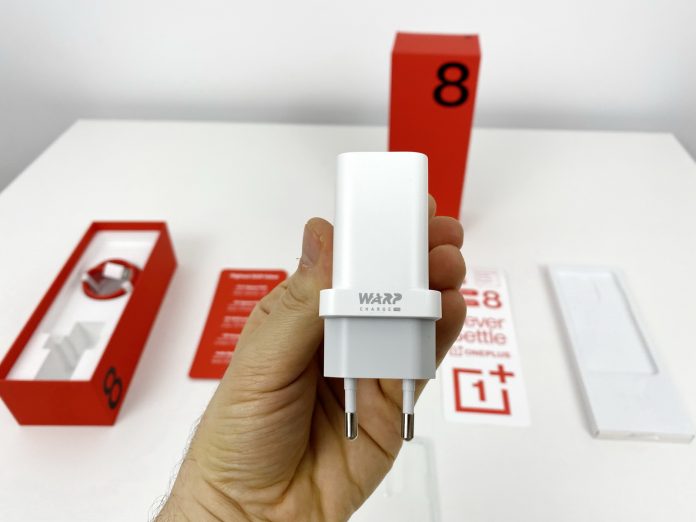 Finally, we get a 4300 mAh battery with 30W wired charging, but no wireless charging, unlike the OnePlus 8 Pro. We also have stereo speakers here, 5G, WiFi 6, USB-C and NFC, plus Bluetooth 5.0. Camera-wise, there’s a 16 megapixel shooter cut in the screen, sadly only with fixed focus. At the back we find a triple camera, which is sadly a bit underwhelming. It has a 48 megapixel main shooter, which has a sensor that’s a bit dated, the IMX586 from last year, from the OnePlus 7 Pro and ZenFone 6. It has OIS, F/1.7 aperture and apparently also laser focus. 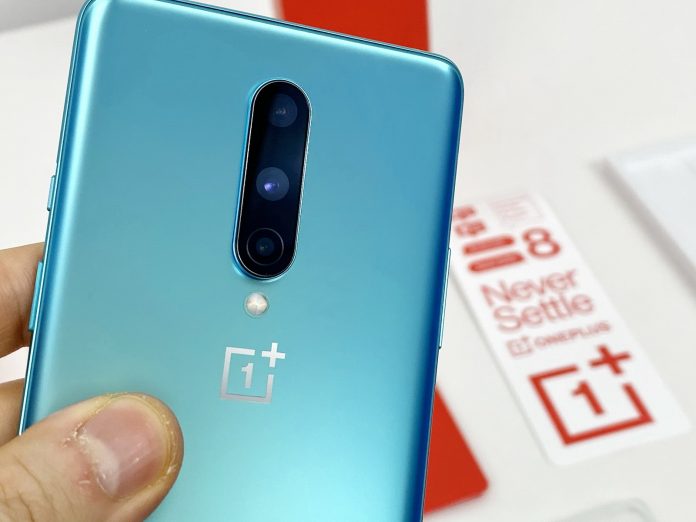 Then there’s a 16 megapixel ultrawide camera plus a 2 megapixel Macro camera which nobody asked for. No trace of telephoto camera, sadly. We’ve got 4K 60 FPS video capture with special new options like Ultra HDR, plus Cinematic 21:9 video. There’s a new version of Nightscape for low light capture, Portrait Mode, Slow Motion and a pretty clean camera UI. There’s Android 10 here with OxygenOS 10.5 on top, that brings Dark Mode 2.0, new dynamic wallpapers and a new Zen Mode, Fnatic Mode and the navigation gestures from Android 10.

Almost forgot about the Mute slider button from the side, still kicking after all these years. Now my honest opinion? This phone shouldn’t have existed. You’re better off with any of the OnePlus 7 models I guess and the camera really feels dumbed down, castrated even. The phone is comfy, has a solid screen, the CPU is top notch, but the price hike isn’t worth it. I feel that I’d like the Pro more. We’ll be back with a full review soon.