Huawei P40 Pro was just announced today and we got to spend some quality time with it for the past couple of days. I guess it’s time for an unboxing and first impressions for the latest Huawei flagship, which is priced at around $1000. This time we’re dealing with the inbetweener, not exactly the top level flagship, since there’s also a Huawei P40 Pro Plus this year. Anyway, the product is going to hit the stores in early April and you can find out what’s inside the box and some first impressions below.

In the box, which is as usual white and sporting a Leica logo, we can find a 40W charger, plus an USB-C to USB-A cable, as well as a manual, SIM key and case, plus a pair of headphones, which are similar to the Apple EarPods. They have an USB-C connector. I know you don’t actually get to see our case and manual, but we have a test version and the commercial one will offer them. First of all, the device is very rounded, but not as rounded as the leaked renders portrayed it. 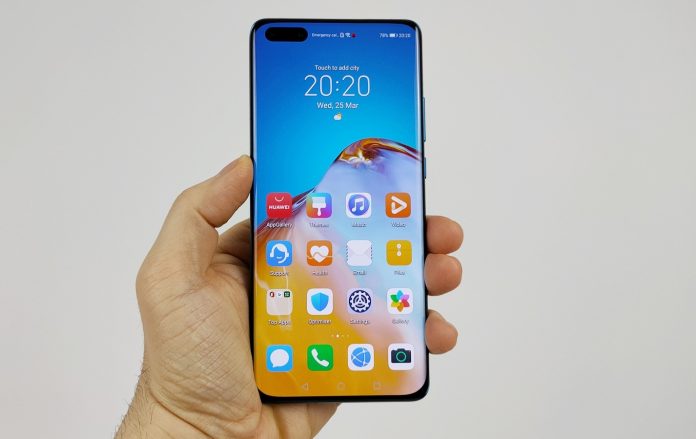 The curves happen on the sides and in the corners and the way the metal frame connects with the screen’s curves reminds me a lot of the Galaxy S7. At least we didn’t get the “Waterfall” screen from the Huawei Mate 30 Pro and we got to keep the volume buttons. The handset is not slippery and it’s actually quite comfy to wield. It measures 8.95 mm in thickness and weighs 203 grams. On paper it’s heavier than the Huawei P30 Pro, but the weight is better distributed, so it feels lighter. 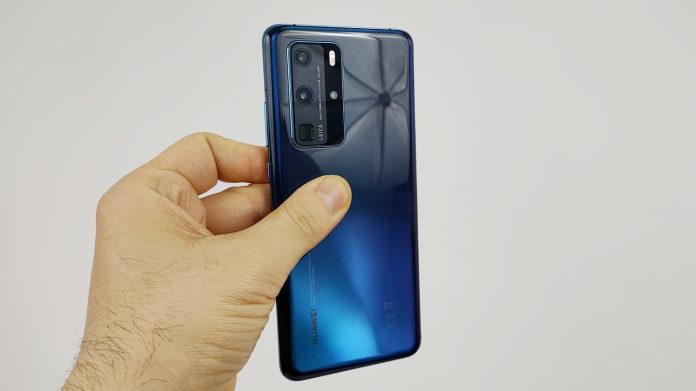 The main camera protrudes, perhaps nu as much as the Galaxy S20 ultra one, but it still makes the device wobbly on a flat surface. It also draws a lot of lint and dust around it. The back side also draws some fingerprints. The device itself is comfy and the screen is immersive. Speaking of which, this (probably BOE made) display offers an OLED panel, with 90 Hz refresh rate, HDR10 support and a 2640 x 1200 pixel resolution. There’s also a pill shaped cutout on the left, about the same size as the Galaxy S10 5G one, which means it’s rather large. 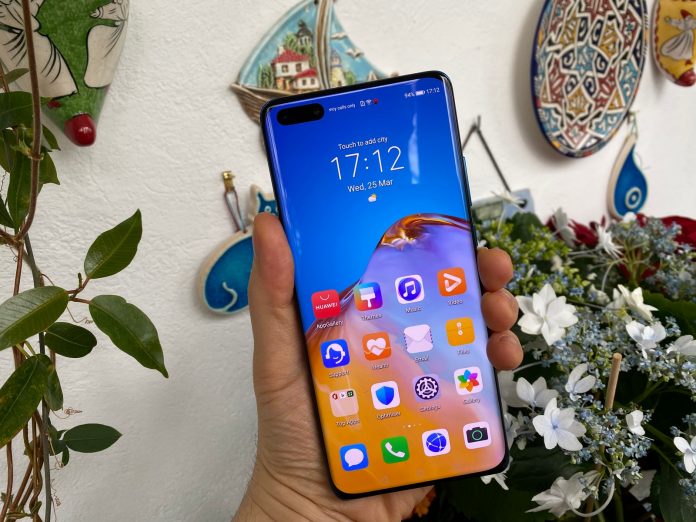 That one hosts the 32 MP selfie camera and an IR sensor. The screen also integrates a fingerprint scanner, plus the earpiece is replaced by a vibration system. We’re getting a very bright screen here, perhaps the brightest yet. Inside the phone there’s a Kirin 990 5G processor, the same one from the Huawei Mate Xs and Huawei Mate 30 Pro 5G. It’s accompanied by 8 GB of RAM and 256 GB of storage, plus a Nano Memory card slot. We also get a 4200 mAh battery with 40W wired charging and 27W wireless charging, plus reverse wireless charging. As far as the camera is concerned, we get a quad setup at the back that goes like this (still with Leica included):

The device uses the 32 MP selfie camera and IR sensors for face unlock and Bokeh, plus it films 4K with the front setup. The back camera does 4K 60 FPS video, 7000 FPS slow mo video, Moving Pictures and there’s a special Anti Shake technology which aids you at the high levels of zoom. There’s also Audio Zoom, full 50 MP picture taking and a new Pro Mode for video capture, like we saw on the Galaxy S20 Ultra. You can tweak ISO, white balance, exposure and more. 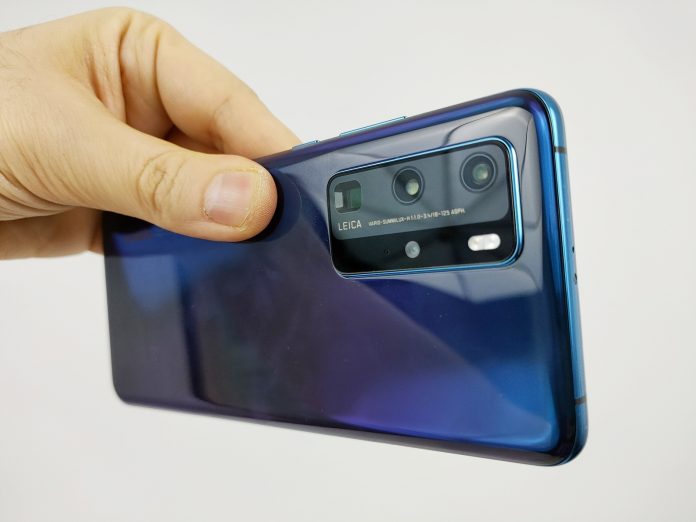 This is a dual SIM phone, with support for up to 10 eSIM-s, plus WiFi 6+, which is inaugurated here by the way. There are 8 5G bands supported and an infrared emitter at the top, used to control the TV set, set top box and more. Then at the bottom we find an USB-C port and microphone, plus speaker for the music. By the way, the fingerprint scanner integrated in the screen is supposedly 50% faster than the P30 Pro one. I should probably mention that the device has a solid build, it’s made of glass and metal and it’s IP68 certified. 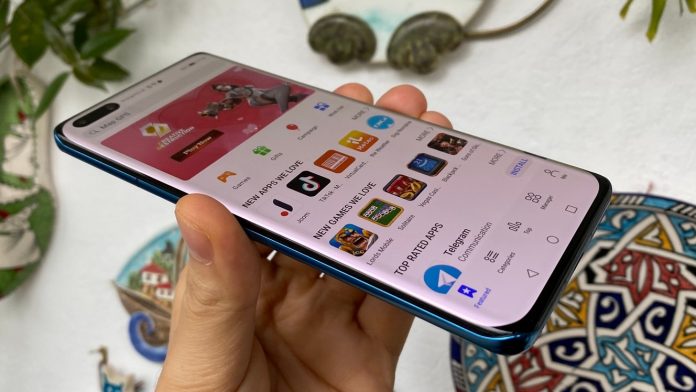 On the software front, there’s Android 10 with EMUI 10.1, sans Google Play Store or Services. We do get a larger focus on the Collaborative features in this EMUI. AppGallery has started to include more and more apps and there’s also HMS as an alternative to Google Services. The handset feels like a hybrid between the Mate 30 Pro 5G (Cine Camera, CPU, 7000 FPS video) and Huawei P30 Pro (big battery, periscope camera), with some welcome extras like the design, improved screen, new sensor for the periscope camera and RYYB sensor. 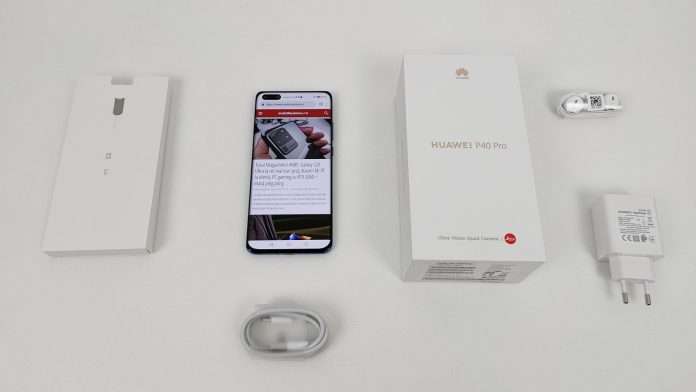 It feels like it has a more elegant and sober design, more mature than before. Is it a proper Galaxy S20 Ultra rival? Don’t let the RAM fool you, as performance-wise, it’s a bit of beast. We’ll be back with a full review soon.