A few days ago we got the opportunity of unboxing the Huawei P40 Lite, the start of the new Huawei P40 series from Huawei. It’s a quad camera midrange phone, which was announced at the end of February and started selling in parts of the world. It’s priced at $340 and its strongest point is the fast charging. We have our first impressions after the break below.

First of all, the device is being offered on preorder with a nifty gift: a pair of Bluetooth Freelace headphones, worth $50 or so. We have to mention from the start that the device lacks Google Play Store and Google Services. As the box highlights, you do get a Huawei AppGallery, which is being populated with more and more apps. Another mention is the fact that this is not a 100% new phone, since it’s a rebranded Huawei Nova 6 SE from late 2019. Now back to the box, we have the black version of the phone, but there’s also a pretty emerald one, as well as a light pink one. 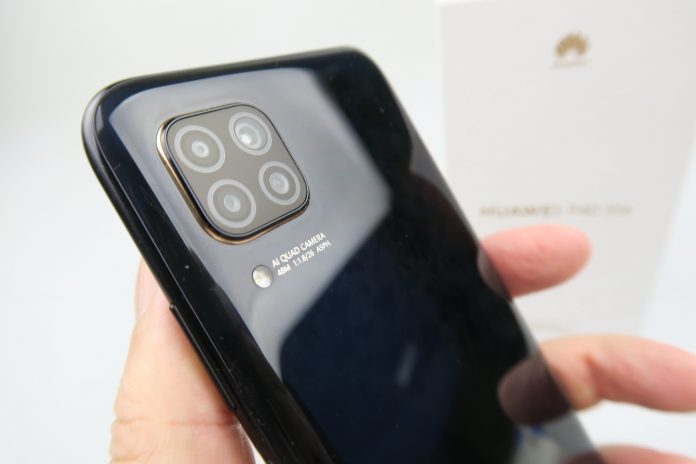 Inside the box we find generic headphones with a 3.5 mm connector, as well as a hefty charger, similar to the Huawei Mate 20 Pro one. It offers 40W charging and finally we get a metal key, manual and a cable that goes from USB-C to USB-A. Huawei P40 Lite is made of plastic, but it’s got a pretty solid grip. The black version draws some prints and grease, I’ll admit it. A case wouldn’t hurt either. The fingerprint scanner is embedded into the Power button, much like we saw on the Huawei Nova 5T. 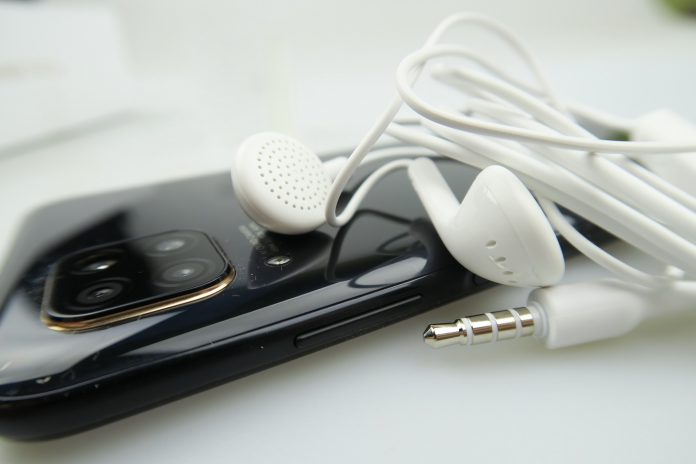 Specs-wise, we also get a 6.4 inch IPS LCD panel with a Full HD+ resolution and a punch hole selfie camera. Huawei seems to have cut quite a bit from the bezels compared to the Huawei P30 Lite, but also left a more prominent chin behind for extra personality. Inside we find a Kirin 810 CPU, a 7 nm chip comparable in performance to the Snapdragon 730. There’s also 6 GB of RAM, 128 GB of storage, to which you can add a Nano Memory card. Then there’s audio jack, single speaker, USB-C port and a 4200 mAh battery, which can get juiced up to 70% in just 30 minutes. 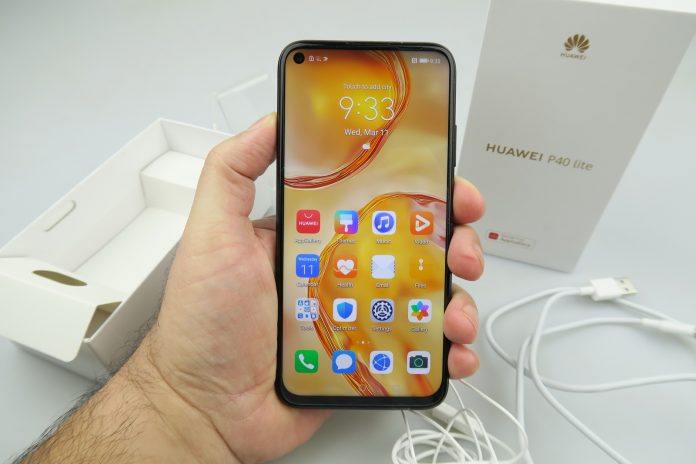 Upfront there’s a 16 MP selfie camera and the back we find a quad setup:

There’s also a LED flash and 4K 30 FPS video capture, although for some reason our test unit can only do Full HD capture. Then there’s WiFi dual band, Bluetooth 5.0, GPS, Glonass, the works. On the OS front there’s Android 10 with EMUI 10, but sans Play Store. Those looking for the regular Google apps should know that the Huawei Email app accepts Gmail, YouTube and Facebook can be accessed from the browser and for the rest there’s APK Pure or Aptoide, if you trust them.

This phone also has GPU Turbo for gamers and special features like Super Night Selfie 2.0, that totally lights up the selfie captures, aided by AI. There’s a Portrait Mode, Night Mode and AR Stickers. I see a bunch of selling points here: very fast charge, 7 nm CPU, pretty solid from my initial testing and a screen better than the two predecessors. We’ll be back with a full review. You can get the device here.