At the end of last month, the Chinese companies Meizu and Huawei unveiled two new flagship devices, and now Oppo launches a new smartphone too. This new device is called Oppo Mirror 5s, and unfortunately it brings some mid-range specs like a quad-core processor and HD display. 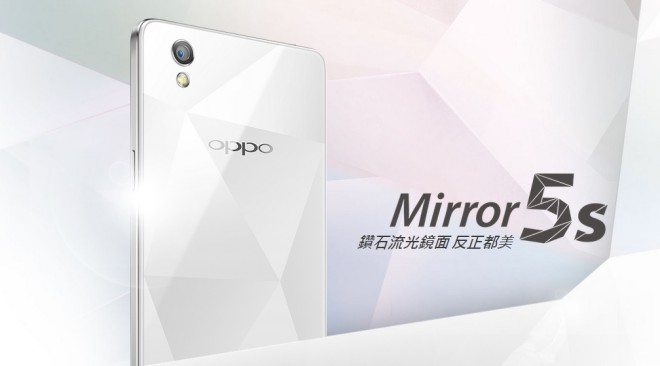 The panel on this phone is a 5-inch unit that offers a 1280 x 720 pixel resolution. Among its specs we have a quad-core Qualcomm Snapdragon 410 processor on 64-bit, 2 GB of RAM memory, 16 GB space of internal storage and a microSD card slot up to 128 GB. You must know that only 10 GB space of storage is available for user, while the rest of 6 GB is occupied by apps and OS.

In terms of design we notice a metallic frame around the case, and that the back cover adopts a diamond-pattern texture that looks interesting. Oppo Mirror 5s weighs 160 grams and measures 7.65 mm in thickness.