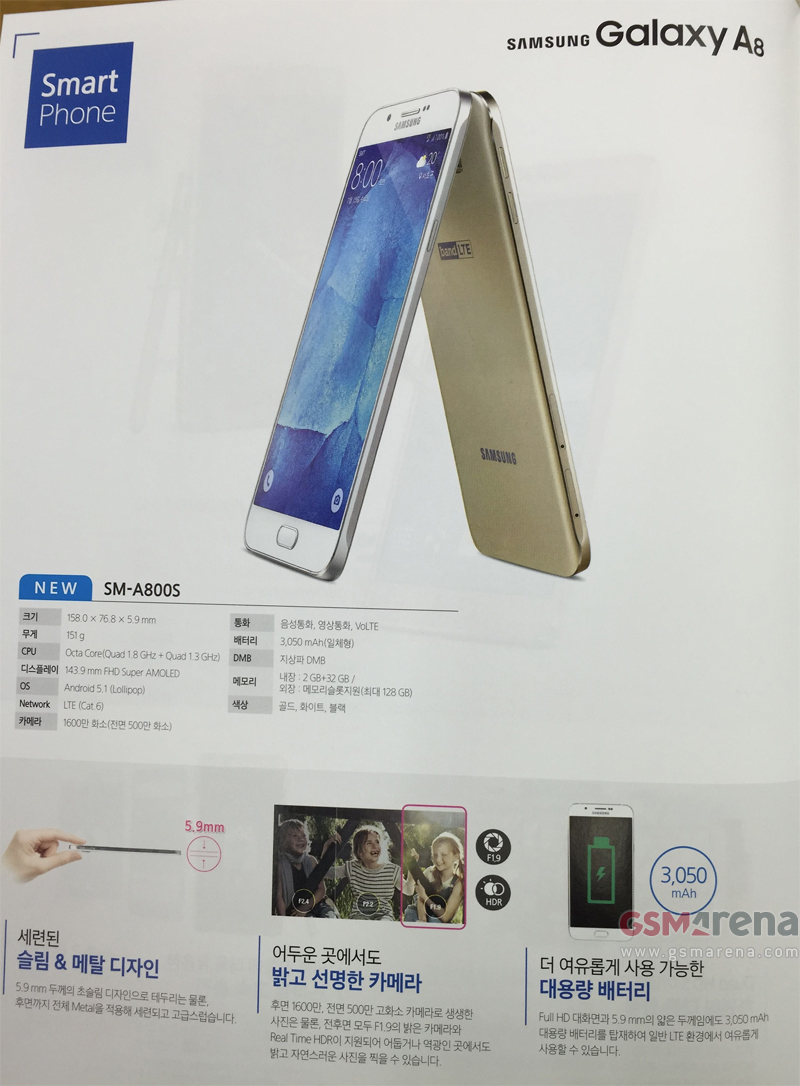 Samsung Galaxy A8 leaked the other day via a hands on video that showed us a pretty impressive device and today there’s another leak, that feels more official. The handset has been spotted in a brochure in South Korea, as shown below. 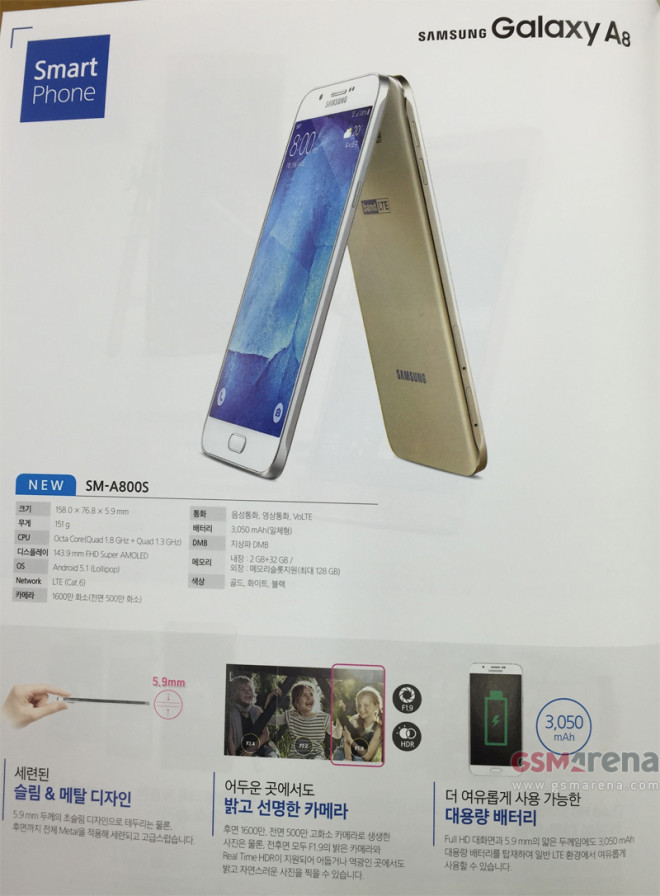 This is supposed to be the thinnest smartphone made by Samsung, at 5.9 mm in thickness, so it will be a hot item among fashionistas and youngsters. The specs listed here include a 16 megapixel camera at the back with F/1.9 aperture, like the one on the Galaxy S6. The screen is listed with a diagonal of 5.66 inches, but officially it’s probably 5.7 inches.

This display is a Super AMOLED with Full HD resolution and Galaxy A8 is expected to come with Android 5.1 Lollipop and an octa core processor. The identity of the CPU isn’t clear yet and we also find out from the brochure, this smartphone comes with 2 GB of RAM and 32 GB of storage, plus a microSD card slot. LTE Cat 6, VoLTE, DMB and a 3050 mAh battery round up the list.