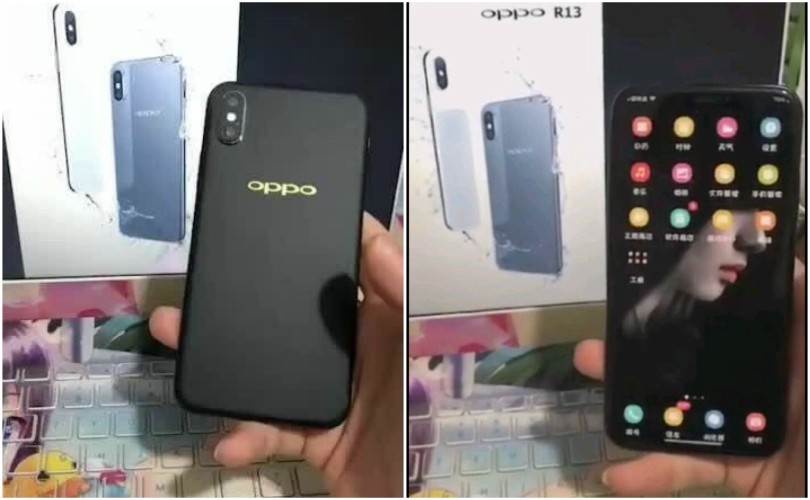 While Oppo may have come up with a few technologies and patents over the past years, like the VOOC fast charge and 5X optical zoom, they’re still tempted to clone other companies’ endeavors. Case in point, here comes the Oppo R13, clearly an iPhone X clone with a similar notch upfront. 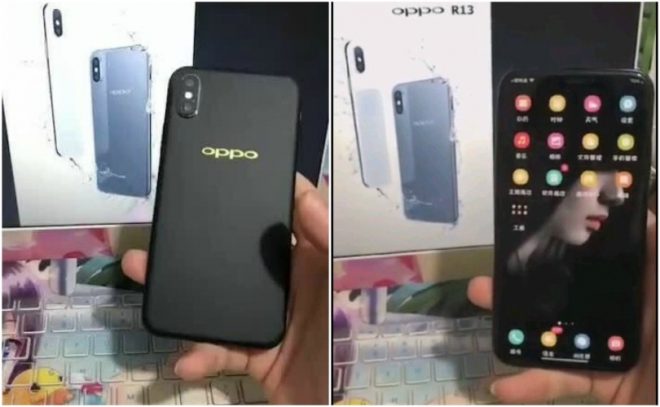 The device was just leaked by TechDroider and we take it with a grain of salt, since it could be fake. Oppo has a pretty solid run of launching original products and projects, that’s why we’re cautious here. At the back of the Oppo R13 we find a dual camera with vertical orientation, pretty similar to what we got on the iPhone X. The kicker is upfront, with a notch in the top part of the front panel, just like the same iPhone.

It even includes a bar in the lower area of the UI, replacing the Home button, just like Apple did. The leak reveals that the device may come in black or white, but we don’t have specs for it, sadly. Interestingly, Oppo already applied for a patent in September, for a full screen design with a notch at the top side. This leaked picture fits that description perfectly.

We don’t have other details about the device right now. At least its back side isn’t covered with glossy glass, but rather it’s a matte sheet of metal or polycarbonate. Considering the naming pattern, the Oppo R13 should be a relative to the Oppo R11s, which was just launched in India, with a 6 inch Full HD+ screen, Snapdragon 660 CPU and 4 GB of RAM. It also has a 20 + 16 MP back camera and fast charge.