Home GSMDome Oppo R7 Plus Could Be Launched on May 20th; First Picture with... 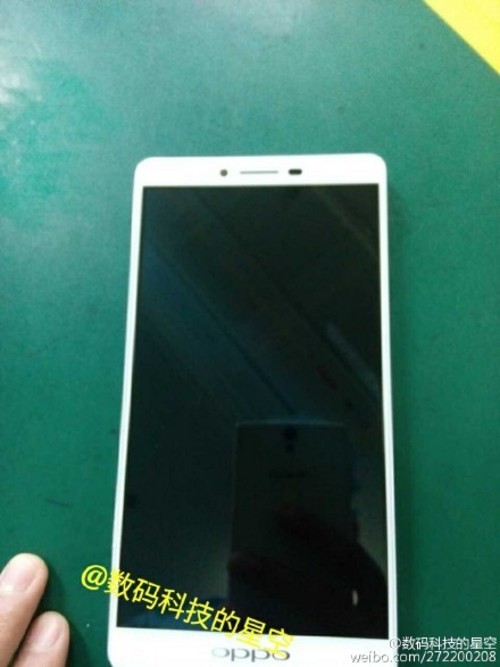 We already know that Oppo R7 will be launched soon, device that brings an edge-to-edge technology with a unique technology. Today, we see that the Chinese producer plans to unveil a bigger variant of this phone called R7 Plus, device revealed in a picture below.

Unlike the R7, this one brings a front-facing panel with bigger bezels around the screen. According to some rumors, both R7 and R7 Plus will be unveiled on May 20th. However, there’s some contradictions regarding the identity of the phone pictured in this article, mostly because there’s some sources that are stating the fact that this one is Oppo R7, and the previous leaks were fake.

From the information we know, Oppo R7 will bring a 64-bit octa-core processor, and a pretty thin case (less than 5 mm in thickness). In case of R7 Plus we could expect at a bigger screen, a better CPU and maybe a higher resolution for the camera.