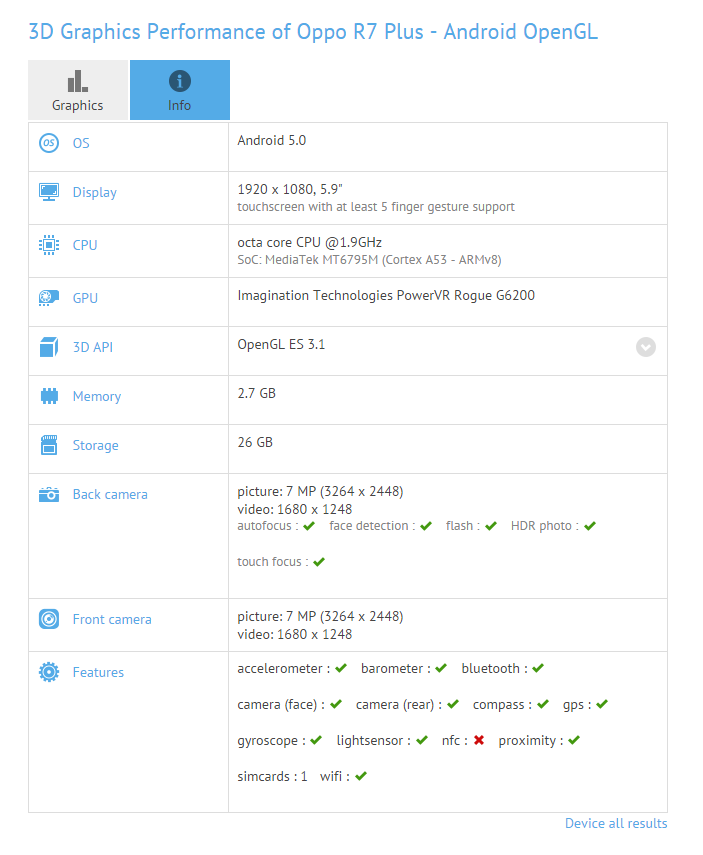 The Oppo R7 Plus leaked a few days ago in some more or less official renders and today we come across a specs list that sounds pretty much legit. The handset has been benchmarked in GFXBench and its specs are listed below. 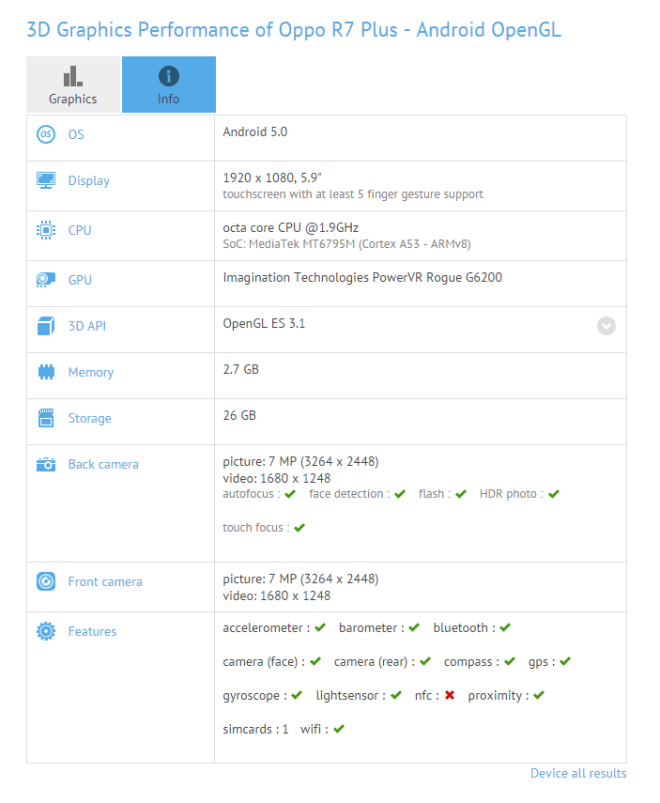 This model is expected to debut on May 20th, together with the Oppo R7 and it’s supposed to be its bigger version, one that integrates a fingerprint scanner. Specs listed here include an octa core MediaTek MT6795 processor, clocked at 1.9 GHz, a 5.9 inch Full HD display and Android 5.0 as the OS. There’s 3 GB of RAM and 32 GB of storage, as well as a back camera listed as a 7 MP unit.

It’s probably an 8 MP shooter, but it may more than that. Upfront we also get an 8 MP shooter and other specs include a barometer, accelerometer, Bluetooth, GPS, gyroscope and WiFi. In case you’re wondering, the fingerprint scanner is expected to be placed below the back camera and I’m sure the main cam will have a resolution higher than 7 MP or 8 MP…