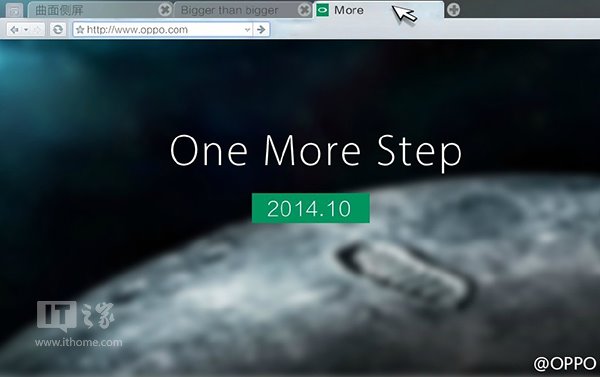 Oppo is said to be bringing a new flagship device on the market in October, dubbed Oppo N3, according to leaks and speculations. They did post teasers for the new device, but details are very scarce.

Industry insiders speculate that Oppo will launch a high end cameraphone dubbed N3, or we may see a slim and stylish R5 model. The poster is vague and only mentions “One More Step” and the month of October. The Oppo N1 had a rotating camera, so we may see that mechanism evolve on the new model, but we can’t tell right now. Judging by the unusual CPU choices of Chinese handset makers, I wouldn’t be surprised to see a Kirin, Exynos or Tegra CPU on this model.

The logical choice would be one of the latest high end offerings from MediaTek, for the sake of the price. Then there’s Qualcomm, but they’re not seen as reliable in China. The Oppo N1 had a  Snapdragon 600 CPU and it came in October last year. It also had a 5.9 inch screen, so we expect yet another big screen and if the choice is Snapdragon, then definitely the 801 model.