Considering the current aging process that’s affecting the globe, the elderly are an important part of society and a one with a strong number. Thus, they must get into the smartphone trend and have some dedicated products. Fujitsu and Orange are taking that into account and they’ve teamed up to make the Stylistic S01, an Android smartphone intended for the elders. 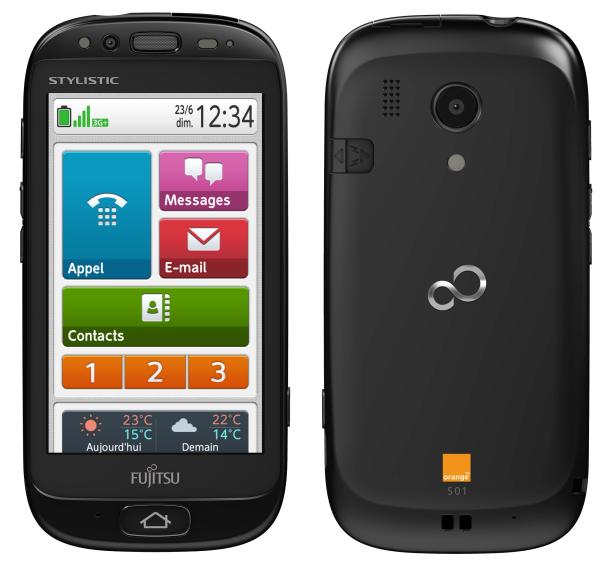 The device is sold by France Telecom-Orange and it packs a 4 inch display and a water and dust resistant case. This Fujitsu smartphone is the first major phone from this brand to leave Japan and be sold outside the country. Its features include some functions for older users borrowed from the Fujitsu Raku-Raku series of handsets, models for seniors on sale in Japan for over a decade. The touchscreen is very easy to use, since it shows big virtual buttons and has an unique screen technology, that allows you to avoid accidental screen pressed, by requiring the user to press as hard on an icon as he would on a keypad.

The phone will also adjust the sound of calls to make them easier to hear. The S01 will only need the user’s age and then the frequency range will be adjusted according to that parameter. The phone can even slow down the speech of fast talking callers in real time, without having to lower the pitch of their voice or delay the conversation. Fujitsu Stylistic S01 runs Android 4.0 ICS and comes with a 1.4 GHz Snapdragon processor, an 8.1 megapixel camera and a second camera at the front for videocalls with grandkids and such.