Palm has just released firmware version 1.0.4 for the Pre handset that’s been recently selling on Sprint. Engadget claims the firmware brings security vulnerabilities fixes, but there’s a downside to this: no more homebrew apps on the Pre without a jailbreak. 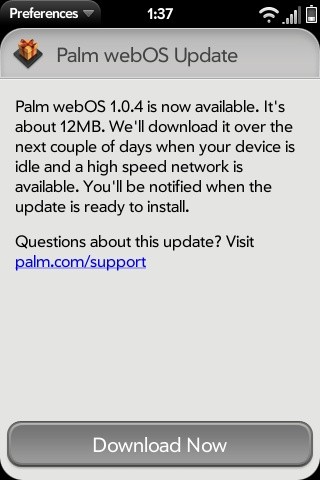 Till now, one could use a “hole” in the system, that allowed Palm Pre owners to install apps via a link in the email. The hole has been plugged, since Palm deemed it dangerous to be open, since it made the device unsafe.