Word’s out that the famous Nvidia Tegra chip might be implemented on a smartphone, that would hit the market in Q4 2009, or so claims Mike Rayfield, Nvidia mobile unit general manager. 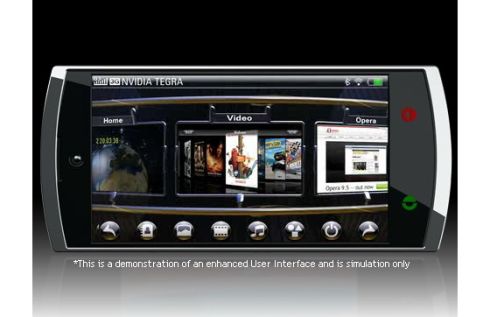 According to The Street, Samsung and Motorola are the best candidates for manufacturing the new device, that might be running Android. Tegra is a low power consumption chip, that supports high resolution 3D graphics and it’s highly likely that we’ll also see it on Microsoft’s new Zune HD.

Turns out that Nvidia will be selling the Tegra for $30 per unit and this product will most likely compete with the chips made by Qualcomm and Texas Instruments. We’ll see who gets the upper hand…