The image below is really the one of two young men holding Palm Pre handsets, that’s no doubt, but how on Earth did they get the devices? This mystery aside, there’s yet another Palm Pre launch date to speculate on and this time, it seems genuine: May 16, according to official Sprint documents. 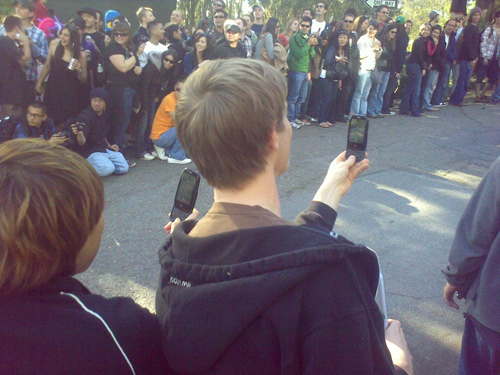 However, we should mention that Sprint usually launches handsets on Sunday, so it’s very likely that Pre will debut on the 17th. Back to the leaked Pre units, it seems that they were spotted during an event called “the annual Bring Your Own Big Wheel Race” in the hands of young men.

The person taking the photos also claims that he chatted with the boys and they said that they’ve been toying with the Pre handsets for weeks now and that the launch is coming soon. Sons of Sprint or Palm employees having a ball with Pre? 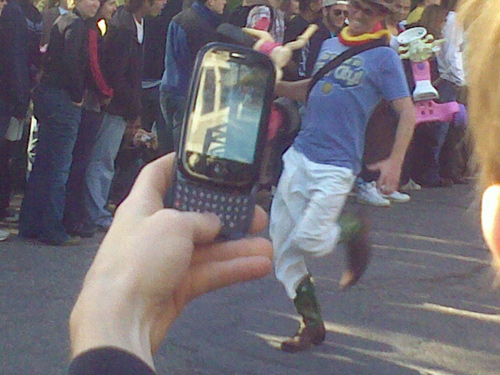