Palm Pre should be launched any minute now and each Sunday (the traditional Sprint launch day) is a reason for Pre fans to fret. Now, word’s out that some Sprint advocate store might have already received Palm Pre units. 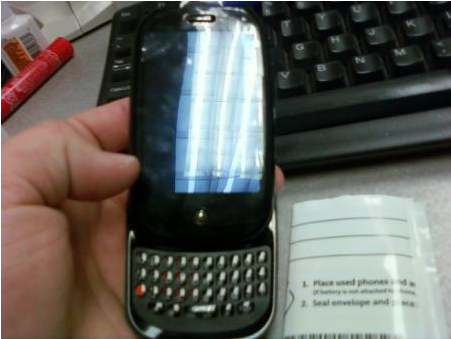 Pics showing Sprint employees handling the new smartphone have surfaced on the Internet and there are already reviews posted on some sites, saying that the phone is small (so not true) and that the display is responsive. Also, we learn that the keyboard is a combination between the one on Centro and Treo Pro, but we’ll take all of these with a grain of salt.