Palm Treo Pro should have been launched back in January, but then something happened and it was postponed to February 15, but there was no launch on that date, either. Sadly, Palm Pre’s launch is also coming, so if Sprint and Palm keep this up, Treo Pro won’t even matter to us all. 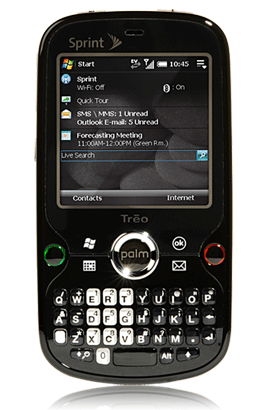 Boy Genius Report claimed that a new Palm device (maybe the Pre) would be launching on March 15th, or so says a leaked inside memo. Treo Pro was present on the same list, also ready for launch on the same date and replacing the 800w. Mix up these pieces of information and you’ve got the truth: Treo Pro’s coming to Sprint on the 15th.

As far as Pre is concerned, it’ll probably get launched in May/June, as we previously said. Treo Pro is a Windows Mobile device, the first to use Flash-supporting IE Mobile 6 and packing neat features like Wi-Fi, GPS and tons of Sprint services. The new handset will be available in local Sprint stores for $200.