Philips is a brand known for its huge batteries on handsets, such as the Philips X5500 model shown below. This is a newcomer with an impressive 2900 mAh power unit and it’s not even a smartphone. 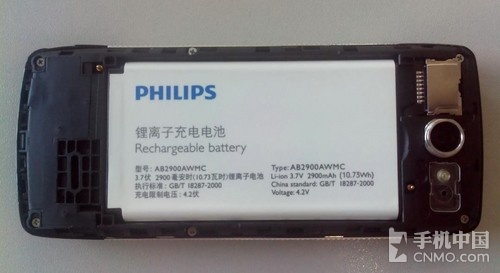 As you can see in the pic, the battery takes up most of the space inside the device. Usually, modern phones launch with 2000+ mAh batteries, that give you at most a day and a half of use, but Facebook maniacs may drain those even faster. This battery you see right here is a Li-Ion rechargeable unit, with the model number AB2900AWMC.

Since this is more of a feature phone with a physical keyboard, I expect a serious amount of functioning time, maybe something like 4-5 days or a week. The device uses candybar design and its specs are not known, but I don’t suppose it’s also using a touchscreen. Why isn’t Nokia also doing this? 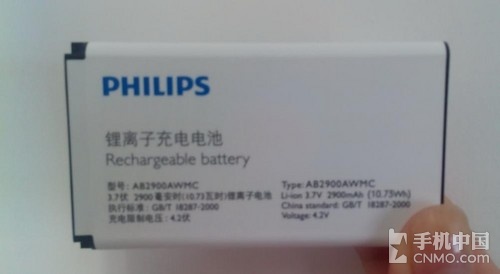