One would expect an uber-smartphone from Philips, in order to pit them against major players in the mobile industry… Instead, the company focuses on incredibly long battery life and rather neglects the specs, as it happens with Xenium X620, Philips’ latest handset. 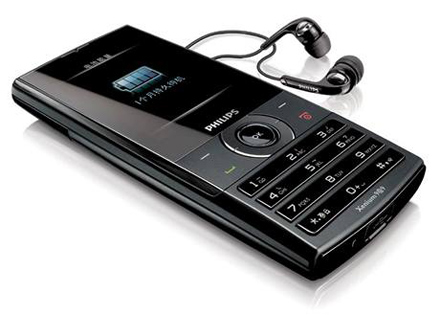 X620 comes with a 2.4 inch display (QVGA), USB 1.1 and 12 hours of talk time. Aside from allowing you to chat for about half a day, the phone features a 3.2 megapixel camera, video recording, an MP3/WMA player and a microSDHC card slot.

There are also Bluetooth and quad-band GSM connectivity on the specs list, plus EDGE data, but sadly, the device won’t hit other countries than China and Russia, for now.