iSuppli Corp recently stated that pico projectors have what it takes to become important mobile phone accessories in the next years, reaching a sixtyfold growth in shipments till 2013. Turns out that over 3 million such units will be sold 4 years from now, up from 50,000 units this year. 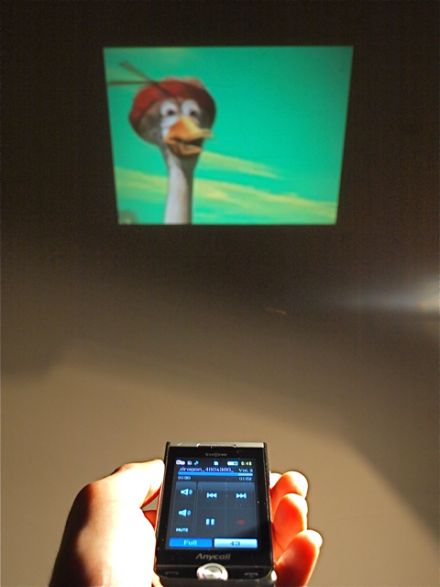 Pico projectors are defined as being the front projectors that weigh less than 2 pounds and measure 60 cubic inches, without a battery. They are able to project bright images with 50 inch diagonals on any surface or wall, thus being perfect for business men who want to make presentations on the go, from their mobiles and laptops.

However, more and more mass consumers are considering the purchase of either a standalone unit or a handset that embeds a pico projector, for better movie viewing and Internet browsing.

Samsung has already started selling the Show smartphone in South Korea, a device that incorporates a TI projector, while Nikon have just announced its first digital camera with pico projection technology on board, so the future looks bright for this technology.